Influential people are threatening me 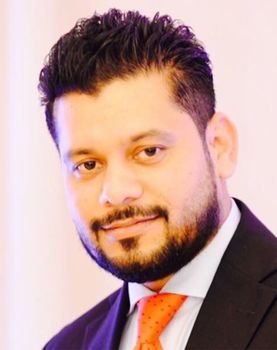 But, in an exclusive interview, Shah denied any ISI links. He said he has known Singh for more than 18 years, and claimed that he has only helped in the investigation.

What is your connection with Singh?

I have worked with Singh helping him in investigating a number of high profile money trails abroad. False allegations are being made about me and my connection with Singh. Fake claims have been made of my wife’s connections with the ISI, which is appalling. Simply because my wife has a Pakistani passport does not mean we are ISI agents.

What are your wife’s connections in Pakistan?

My wife has a Pakistani passport, but she was born and brought up in Dubai. We have known each other from the time I joined ABN AMRO bank in 2004. We got married in Dubai and the Indian embassy is aware of it.

How long have you known Singh?

I completed my graduation from Allahabad University in 2001. I met him first when he was a police officer in Allahabad. From then, we were in touch. In 2005, he asked for some support in a case linked to Dubai and I provided him the information. Powerful people are [now] putting me into trouble because I have a lot of proof on them, which could send them to jail.

There are allegations that your wife has links with ISI.

My wife is very much Indian and she has been asking me to get her passport changed. But, whenever I apply, the Indian consul rejects it saying she has to apply from India, that, too, after staying there for at least a year.

How is Mohammad Usman Javed related to you? He, allegedly, works for the ISI.

He is my wife’s cousin. He is the owner of Sublime Sports in Pakistan, the firm that has manufactured official football for the FIFA World Cup thrice. He is a more frequent traveller to India than I am.

Usman is our contact person in Pakistan because whenever we apply for an Indian visa for my wife, they ask us to name a contact in Pakistan for reference.

When was the last time you visited India?

My wife and I visited India in December. Obviously, my wife got a visa. That is why she could travel to India. So, neither the R&AW nor any other agency had an adverse report on us then. How is it that within six months there is an adverse report naming me and my wife?

Why do you think you are being targeted?

I am getting constant threat calls from spoofed numbers saying that I should not speak. It is a conspiracy by certain high profile influential people to target and defame us. I will fight it legally.