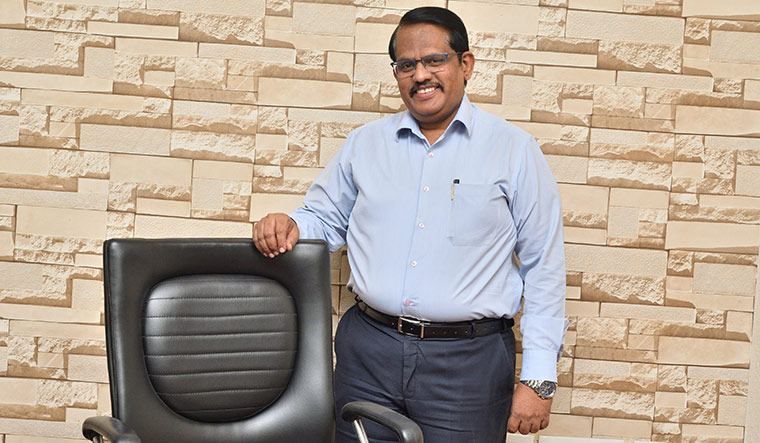 Hailed as the father of India’s Airborne Early Warning & Control System (AEW&CS) programme—a flying radar system designed to detect aircraft—S. Christopher has been leading the DRDO from the front, for the last three years.

He took bold decisions that led to fructification of several delayed and nearly-abandoned development programmes. As he is hanging up his boots at the end of this month, Christopher spoke to THE WEEK. Edited excerpts:

DRDO had earned bouquets for its missile achievements, but brickbats for other programmes. How did you change it, despite being a non-missile man?

I am from a non-missile background, but, missile is my breadwinner. Our missile programme is indigenous. But, even there, I found that we were going abroad for just one thing called the seeker... [and] falling into the trap of joint programmes.

What is a seeker? It is a radar. It just transmits, receives and identifies [the target]. Except for guidance, a radar does all that a seeker does. So this programme should have been given long ago to LRDE [Electronics and Radar Development Establishment].... Maybe, LRDE thought it was too small a programme for them, and why should they ride piggyback on the missile programme. The missile people might not have shown interest because their core areas are propulsion and navigation, and this was secondary.

I decided to push this little thing. The problem was in testing. It had to be tested on a missile. Who would spare a missile, which costs 030 crore or more, to test a seeker? Finally, I told the users [the armed forces], ‘When you go for a weapon test of a missile, please put my seeker in it.’ Thus, we did it. Now, we have companies that can produce these seekers.

The missile programme had been been a success story with the Agnis and Prithvis. But, the tail-end programmes had been languishing.

Akash had been a success even earlier. We put the seeker in Akash, too. Nag is a recent success. It could have been done earlier, but there were problems.... In the development of Nag, we had a problem about differential temperature, which we did not encounter in Akash [which is a surface-to-air missile].

The akash [atmosphere] is cool, and the aircraft is of a higher temperature. So, the radar can pick up the target-aircraft easily. That is not the case with Nag [an anti-tank missile, fired from ground or helicopter]. When [the missile] looks down from the air, it finds the desert is hot, and the tank is also equally hot. So, how does it home in? So, we had to do more tests. I had to develop simulated tanks [for testing]. All this took time. On this, we had issues with the user [Army]. A tank would have different temperatures at different parts. So which to take? Anyway, all these have been resolved. Now they are happy; Nag has been accepted.

So Akash, Astra and Nag... all are there now. Akash has been inducted, Nag accepted and almost all the trials of Astra are over.

But, the drag has been on conventional platforms—combat aircraft especially.

The Light Combat Aircraft programme has been on for some time. But, in the last few years, we got the induction, squadron formation all done. The credit goes to [former defence minister] Manohar Parrikar. He pushed us all. The LCA is flying. Mark 2 and Mark 1A are coming. There will be 83 Mark-1As.

But, there has been a delay.

Seven or eight years ago, we were told to increase the length [and] change the engine [of the aircraft].... After taking up the project, we looked for the engine. By the time the engine landed, HAL [Hindustan Aeronautics Limited] thought they should get orders fast. Then, IAF got ambitious. They had the Rafale coming with AESA radar, though it originally came without it. They asked for the ultimate radar in LCA, too. You assure me that you will give it, and I will give you [order for] 83, they [IAF] said. We said ho jayega.

Anyway, we are finalising Mark-2. It will take another month. With all the changes, it will not be a LCA. It is not in 10 tonnes category, but 17.5 tonnes category. It will be medium weight.

What about the Advanced Medium Combat Aircraft (AMCA)? There have been issues over its stealth capability and engine capability.

The IAF wanted AMCA to be stealth from [from enemy radars]. I know how radar perceptions are; I am a radar man. The shaping gives you some [stealth] advantage. The principle is not to have a curved surface, but straight surface.... But, this affects aerodynamics. Then, the wings have to be different. Seventy per cent [of stealth comes from] shaping. Then, the material. Now, with all this, I make a design for stealth.

But, the engine power [that IAF has asked for] will not permit infra-red reduction, when it goes full throttle. You cannot have everything—stealth and power. Nobody should start designing an aircraft without identifying an engine.... [So] with the existing engine, we will start.

You had a problem with the LCA for the Navy. The Navy has said no to it for their present carrier programmes.

We had a problem, when the [Navy] chief made the statement.... We had a meeting then. I understood their problem. Their carrier could not take LCA, because the lifts [to the deck] were smaller. The carrier was built independent of the aircraft....

Anyway, it happened. The question was: how to circumvent the problem. Change the aircraft or change the design of the lifts? Which is simpler? It has been changed now. The navy has agreed not to stop the programme.

What about the towed guns? The army has not had a gun in the last quarter century.

There are issues over range and accuracy, when developing a gun. If you ask for extended range, you have to be prepared to dilute on other factors, like accuracy. We made three ATAGS [Advanced Towed Artillery Gun System] for the Army. We were happy to take Defence Minister Nirmala Sitharaman to Pokhran to witness ATAGS firing [trials]. We have to do many more trials.

How confident are you about Make in India? Are we making with our technology, and simply lending the shop-floor for foreign manufacturers to make here?

Very confident. We have given nearly 300 transfer of technologies in the last three years for manufacture at home.