We had no option but to sell Kodanad estate 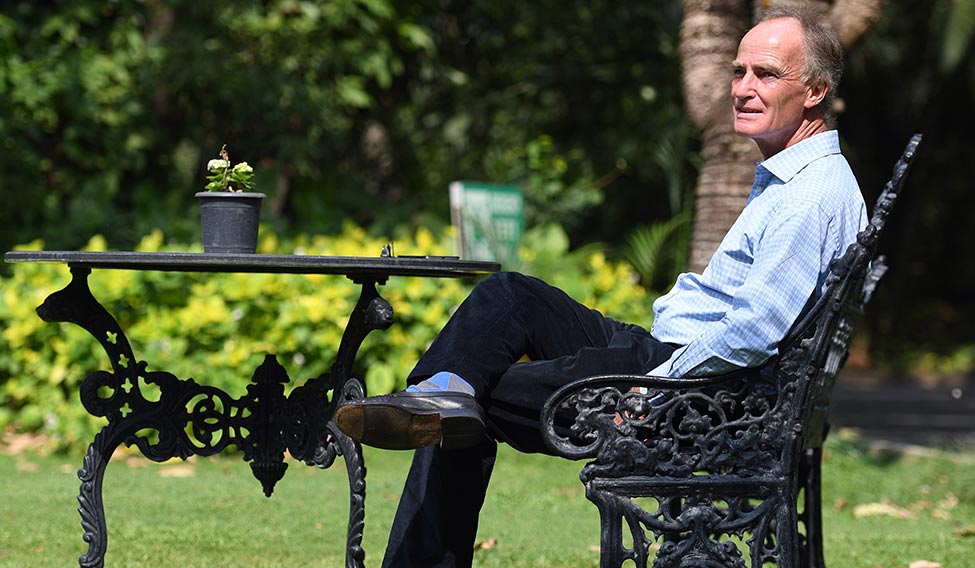 Peter Karl Edward Craig Jones, 60, first came to Kodanad from London in 1976. His father, William Jones, had bought the Kodanad tea estate a year earlier. Jones started living in Kodanad and Mysuru, with his parents, to convert, “the horrible rocky region into a beautiful tea estate”.

He formed a partnership firm in the 1970s for better administration. In the early 1990s, when the yield was good, Jones formed a company called Kodanad Tea Estates Private Limited, to process and market the tea produced in the estate.

However, trouble began in 1992. “We were told that Chief Minister J. Jayalalithaa liked our estate and that she wanted to buy it from us,” said Jones. “And we were in need of funds to settle some bank loans. So, we decided to sell a portion of the 906 acres.” Then followed about two years of negotiations, during which Jones and his father met Jayalalithaa five times. “All the business was then controlled by Sasikala, and then minister Sengottaiyan and his henchmen,” said Jones. Though the family wanted to sell only a portion of the estate, Jones said they were forced to sell it all at Rs 7.6 crore.

“During the initial days, when we did not agree to sell as they wanted, we were harassed,” said Jones. “150 goondas came to our premises in cars. The number plates were covered. We were harassed. As my father was a friend of the then governor M. Chenna Reddy, he phoned him. We were asked to file a police complaint. But, the policemen, after registering a case, persuaded us to give up everything and leave the estate.” Now, after Jayalalithaa’s death, Jones says he would go the legal way to try and get his property back. Excerpts from an interview:

When and why did you sell the Kodanad estate?

The property was disposed of in 1994. As a family, we were looking to raise some funds and one of the options was to sell part of the estate. We never agreed to a sale and would certainly not have entertained political involvement.

Were you forced to sell the property?

Yes. There was pressure from many quarters for a sustained period of time. We had little option but to extract ourselves from the situation by agreeing to sell.

To whom did the property belong?

It belonged to the Kodanad partnership. My mother, father, four sisters and I were the partners.

The company, Kodanad Tea Estate Private Limited, still exists, and you are one of the directors. How did that happen?

I had set up the company, before the estate was sold, to make and sell packaged tea. The company did not own the Kodanad property. [But] as part of the estate sale, I was pressured into handing over the company to Sasikala. I am surprised I am still [listed as] a director. The partnership that owned Kodanad was changed. We retired and benamis nominated by Sasikala were incorporated.

Do you have any shares in the company?

I have not signed any share transfer forms, so I expect I would still be the majority shareholder, for what it is worth.

Who actually owns the company?

It must be dormant. I have not, from the day of the sale, had any involvement. I was told Sasikala and the others would take care of matters.

What do you do now?

After the sale of Kodanad, my ex-wife and I ran a successful management consultancy business in Bengaluru. Currently, I have taken over the management of a tea estate in the Nilgiris and I am back to doing what I love.

What did you think of Jayalalithaa?

I had enormous respect for her, as a woman and as a leader. However, the corruption, sycophancy and populism she ushered in have diminished Tamil Nadu. I fear the negative effects will haunt the state for many years. And, she certainly surrounded herself with some astounding lowlives.

Your form could not be submitted.
This browser settings will not support to add bookmarks programmatically. Please press Ctrl+D or change settings to bookmark this page.
Topics : #Properties Jayalalithaa left behind | #Jayalalithaa | #Tamil Nadu