We lost Rajiv Gandhi and we lost him to lies, writes Sam Pitroda 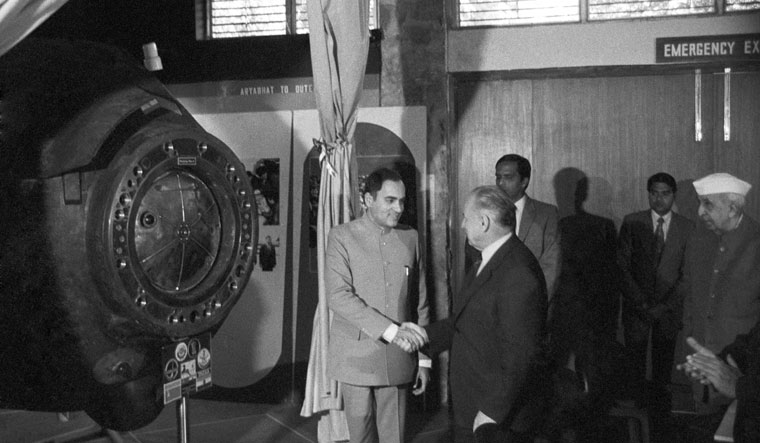 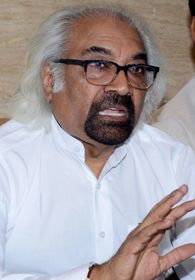 In early 1984, driven by the obsessive thought that I could do my bit to transform the telecommunications scenario in India, I secured an appointment to make a presentation before prime minister Indira Gandhi and her entire cabinet. My inspiration came in part from my own struggle to call up my family in Chicago as the phone lines did not work. India had only two million telephone connections then. People would wait years to get a phone connection.

The presentation itself was a huge challenge as there were technological issues involved. I had taken Kodak 35mm slides and a projector, which I had brought from the United States. I even carried an extra bulb with me just in case the projector bulb went off in the middle of the presentation. I arrived at the prime minister's home office an hour early to make sure everything was alright. But there was no extension cord available. Finally, the cable was laid out, and I saw people walking all over it. I got jittery that they might step on it and undo the connection.

Anyway, I remember Mrs Gandhi was late because her meeting with a foreign dignitary got extended, and in the half an hour we waited for her, I got a chance to speak to some of the ministers and Rajiv Gandhi. I spoke to Rajiv about my ideas on rural telecom and the need to focus on improving accessibility rather than density.

My presentation was about how telecom and information technology could change the face of the country. I said we should build smaller telephone exchanges, the most modern digital technology, all of this based on indigenous technology and local talent. Mrs Gandhi probably did not understand all of it, but in the end, she did smile and said, “good”. After her assassination a few months later, Rajiv made sure my ideas were implemented.

Rajiv was a gift to India at the right time because he was young, open, and with fresh views on politics, development and society. He gave rise to hope. He had the vision to take India into the 21st century with new ideas, dignity and compassion.

India is now a nation of a connected billion. We have software service exports worth $200 billion. The seeds for this were planted in the Rajiv era. We started with telecom, but it was not easy because people were not ready to believe it could be done in India.

The credit goes to three things: Rajiv's political will, without which nothing would have happened as all the bureaucrats would have jumped all over us; young Indian talent; and domain expertise, which I brought in.

Rajiv ensured we do not encounter any bureaucratic hurdles. In the beginning, we had no office space. We needed an office for 400 people. Rajiv asked my team to move into the apartments in the Asian Games Village in New Delhi. It seemed like a great idea until we realised the apartments were not air-conditioned.

To get the place air-conditioned, it would have taken 10 months—as we had to import the equipment from abroad. I said I cannot take 10 months out of a three-year programme. Then somebody told me there is a government hotel in New Delhi’s Chanakyapuri which is air-conditioned and empty. It was called Akbar Hotel then, and is now occupied by the ministry of external affairs. I went to Rajiv and suggested that I can set up an office there. He said, “Go ahead, do it”. So, I took over two floors of the hotel.

Rajiv got things done. And he was always available for us. I would call him and say, “Rajiv, I need to bring 10 bright young engineers to meet you”. And, he would say, “Sure, come over.” I remember one young fellow who was so excited about having met the prime minister and shaken hands with him. He said he would not wash his hands for a month.

Besides telecom, five other technology missions were instituted in the fields of rural drinking water, immunisation, literacy, and edible oil and milk production.

We eradicated Guinea worm infestation through our rural drinking water mission. Our literacy rate also saw a major improvement. Then we had 35 per cent literacy, now we are at almost 80 per cent.

About the immunisation mission, we could eradicate polio only because of Rajiv's stress on producing vaccines locally. At that time, we did not produce any vaccine. The Serum Institute of India, which we talk about today, was provided with the base to produce the polio vaccine. Today, India is the largest producer of vaccines. However, it is unfortunate that despite being the largest producer of vaccines, we have now come to a point where we have to import vaccines for Covid-19.

Today, we are the largest producers of milk and this is courtesy the mission on dairy development. Verghese Kurien was roped in to take initiatives to improve our cattle population and improve milk production. We used to import edible oil worth a billion dollars. Our imports went to zero in three years. Unfortunately, we are now back to importing edible oil.

Rajiv was willing to explore new frontiers and was ready to support new thought. He would regularly meet the scientific advisory council headed by C.N.R. Rao. The council set up the science roadmap for the next 20 years. Once I suggested to him that he should have a meeting with intellectuals. The officials in the PMO felt it was not necessary. But he overruled the bureaucracy. Thirty minutes were set aside for the meeting, but Rajiv ended up spending two-and-a-half hours with them.

It was a period of romanticism. And, it got over too soon. We lost Rajiv. We lost him to lies. If India had more of him, we would have been a different nation. We would have been neck-and-neck with the Chinese or even ahead of them.

Sam Pitroda was an adviser to prime minister Rajiv Gandhi. He laid the foundation of India’s telecom and technology revolution in the 1980s.