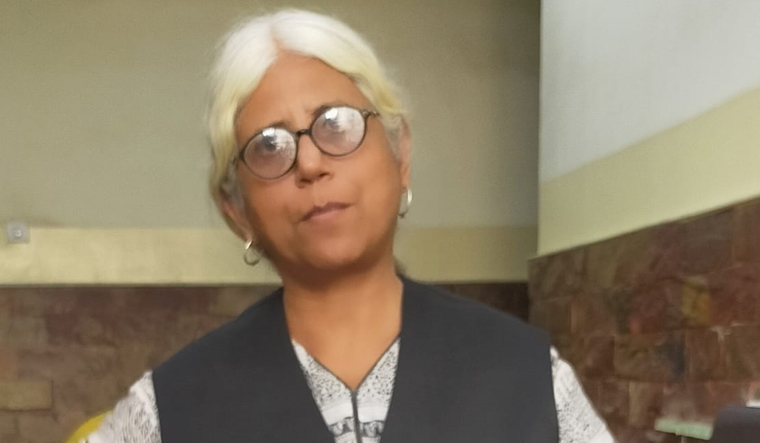 Bela Bhatia, 56, a lawyer and human rights activist based in the Naxal-infested Bastar district of Chhattisgarh, is quite accustomed to surveillance measures by the state. But facing snooping via WhatsApp is something new for her, too.

“What is new in this episode is that a very sophisticated and expensive spyware has been used, that is supposed to have the capacity to invade into every aspect of life through the phone,” said Bhatia. “The invasion is at all levels, in everything linked to phone contacts. It puts people connected with me in danger, especially since I am a lawyer and there is an issue of confidentiality of clients involved. Certainly, this is worrying.”

A former associate fellow of the Centre for the Study of Developing Societies (CSDS), New Delhi, and honorary professor with the Tata Institute of Social Sciences, Mumbai, Bhatia got involved with human rights work in Bastar in 2006. She resigned from CSDS in 2009 and continued working for Bastar independently. She moved permanently to Bastar in January 2015.

Citizen Lab of the University of Toronto, Canada, that works on tracking internet threats against civil society, alerted her about her number being targeted through Pegasus. Later Bhatia talked to John Scott-Railton of Citizen Lab over phone. “He told me that Pegasus is sophisticated, expensive and the Israel company sells it only to governments,” she said. “He specifically mentioned that circumstantial evidence suggest the breach through spyware was done by the government, because only the government could have purchased it.”

Bhatia is now in touch with fellow activists and lawyers who were also targeted, to chalk out a strategy collectively on the issue. “The first thing is to hold our own government accountable on this episode and demand answers,” she said.