A convert in exile 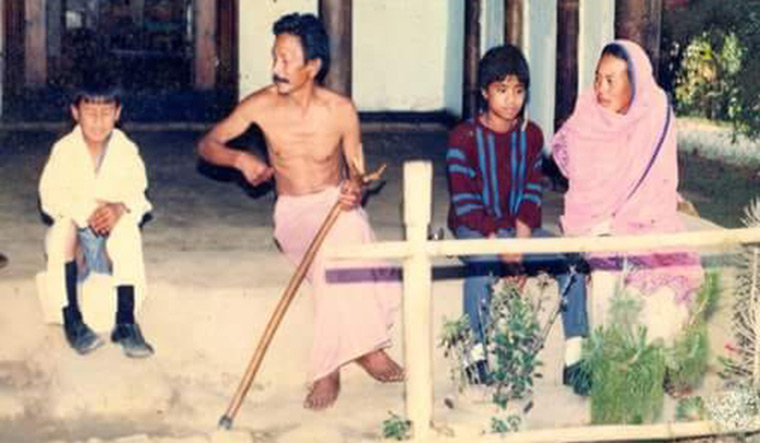 The chosen one: Aung (second from right) with his parents and younger brother.

THE MAN WHO NOW heads the Khaplang faction of the National Socialist Council of Nagaland was once a rising taekwondo star in Manipur.

Yung Aung was born Nongmeikapam Thoiba Singh in Ukhrul, a district bordering Nagaland, in 1973. He studied at the prestigious Macha Leima School in Imphal, which had students from Assam and Nagaland as well. He won several gold medals representing his school and district in taekwondo competitions, and according to his family, represented India in a tournament held in Thailand in the early 1990s.

Thoiba’s father, N. Phenajawa, was headmaster at a government school in Ukhrul, and his mother, Anuradha Devi, was a housewife. Phenajawa wanted Thoiba and his younger brother, Mantosh Seram, to excel in both sports and education.

In the late 1980s, Thoiba began working as a spy for the ‘revolutionary government of Manipur’, a government-in-exile formed by the separatist United National Liberation Front. In 1989, when the Union government cracked down on the separatist movement, 16-year-old Thoiba was arrested and jailed for helping the separatists. It was while in jail that he passed his Class 10 exam.

Thoiba continued his studies after he was released from jail as part of an amnesty scheme. He graduated from Manipur College and did his master’s degree in political science. According to his family, Thoiba was deeply affected by how the Armed Forces (Special Powers) Act was being misused to torture and kill Manipuris. “He told us that he would like to become a fighter to free his land from the Indian Army,” said Mantosh Seram. “We tried to prevent him, but he left home without telling us.”

Thoiba never returned. A Hindu Meiti, he joined the Naga struggle for sovereignty, converted to Christianity and took the name Yung Aung. A few weeks ago, his family woke up to the news that he had become chairman of the NSCN(K). 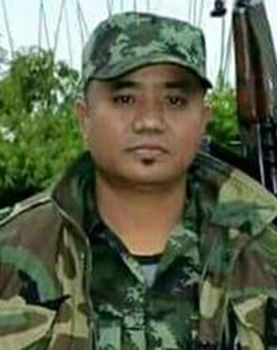 S.S. Khaplang, the NSCN(K)’s founder chairman, had noticed Aung’s knowledge of history and politics. By the mid-1990s, Khaplang and Aung had grown so close that they began to be known as uncle and nephew. Aung, however, formally joined the NSCN(K) only in 1998.

“He respected Khaplang like his father,” said Seram. “He called him uncle. Often, when he called our home during ceasefire, he spoke about Khaplang and how he loved him.”

When Aung joined the NSCN(K), it had signed a ceasefire agreement with India. In 2015, Khaplang unilaterally ended the ceasefire and withdrew from peace talks. Even as many of Khaplang’s soldiers deserted him, Aung remained loyal. He also struck up a friendship with Paresh Baruah, the commander-in-chief of the banned United Liberation Front of Assam (Independent). It was under Baruah’s guidance that Aung went to Pakistan and China in the early 2000s to receive training in weapons and intelligence.

“Today, he is one of the most wanted men, as he has become chairman of the NSCN(K),” said Seram, who is now an officer in the home department. “Manipur, Nagaland and India may want to see him behind bars, but I am worried about his wellbeing. If I get an opportunity, I would ask him to quit and come back to us, as our mother is sick.”