The Tatas: True connoisseurs of art 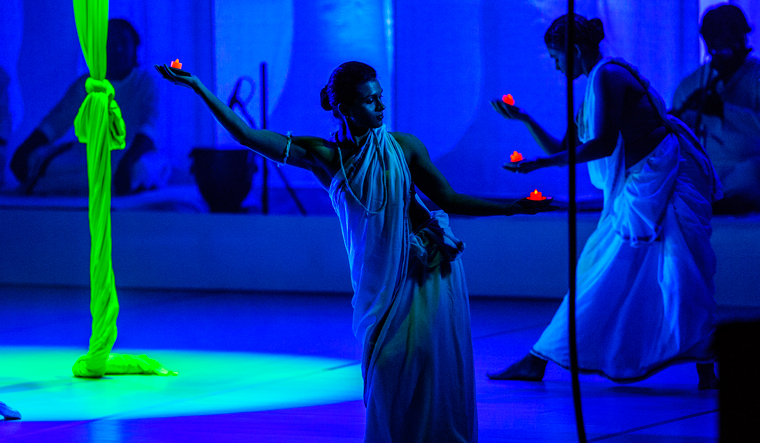 The Tatas’ contribution to the world of art and culture cannot go unnoticed. From bequeathing the largest collection of works to a museum, to starting one of south east Asia’s premier cultural organisations, to engaging with the tribals, the Tatas have been instrumental in shaping Indian taste for the finer aspects of life.

Sabyasachi Mukherjee, director general and secretary, board of trustees, Chhatrapati Shivaji Maharaj Vastu Sangrahalaya (CSMVS), in his article ‘The Tata Collection’, writes about the “cosmopolitan taste of the Tata family”, and how they went about acquiring art from around the world. The Tata collection on display in CSMVS “records 5161 objects” from the Tata collection, making it the “largest bequest” in its 88 years of existence, he writes.

Mukherjee goes on to quote Moti Chandra, former director of CSMVS, who says, “it would not be an exaggeration to say that had not the distinguished members of the Tata family made it a point to collect art objects from different parts of Asia and Europe, the public of Bombay [Mumbai] would have been deprived of the benefit of seeing the arts of other countries which is very essential for liberal education and widening of international understanding, at least in the field of art.”

This fondness for acquiring art dates back to Jamsetji’s father, Nusserwanji Tata, who, after his recovery from a serious illness, made a trip to China and Japan from where he brought back “several cases of porcelain and curios, novel to his country. With these he adorned his house, and laid the foundation of a collection of oriental ware and art, an expensive hobby in which his son and grandsons also indulged,” writes Frank Harris in Jamsetji Nusserwanji Tata: A Chronicle of His Life.

From European and Indian paintings to metal ware to textiles, numerous pieces of art were bequeathed to CSMVS by Jamsetji’s sons Sir Dorabji Tata and Sir Ratanji Tata. In fact, it constitutes a big bulk of the art section at CSMVS, writes Mukherjee. He goes on to point out how only a few museums in India have “significant collections” of Chinese or Japanese art.

However, the Tatas’ association with arts didn’t stop after the demise of Jamsetji’s sons. Art and Culture, through the efforts of the Tatas, continue to make India a richer place in myriad ways. A shining example of it is the National Centre for Performing Arts, (NCPA) in Mumbai. The brainchild of J.R.D. Tata and Jamshed Bhabha (brother of Homi Bhabha), the NCPA rose up on reclaimed land in Mumbai. “J.J. Bhabha was the springboard for the endeavour,” says NCPA chairman Khushroo Suntook. “Bhabha wanted eight acres of land in the middle of the city, but that wasn’t easy to come by. What he got instead was a “piece of the sea”, which took eight years to fill. The seed money and support came from J.R.D. Tata and Jamshed Bhabha. NCPA, which was designed by postmodernist architect Philip Johnson, finally opened its doors on June 8, 1966.

Today, not only does NCPA “preserve and promote” theatre, dance, music, literature and photography, it is also the venue of choice for several Indian as well as international artists, thanks to its state-of-the-art theatres, auditoriums and acoustics. Besides, it also boasts libraries, galleries and restaurants. Besides, the NCPA, a member organisation of the International Music Council, founded by UNESCO in 1949, also flaunts a “library of music [which] is one of the most amazing in Asia,” says Suntook.

Though the Tatas provided the infrastructure, “running it artistically is not easy, and it is much more tempting to give it for shows”, says Suntook. However, one thing he realised was that the NCPA lacked an important element—a professional symphony orchestra. So, along with violin virtuoso Marat Bisengaliev he co-founded the Symphony Orchestra of India (SoI) in 2006.
“We also have a resident chamber orchestra—a small one where Russians and Kazakhs play,” says Suntook. But that’s not all. He is very proud of their Advanced School of Music where students from the age of 8-14 are enrolled. “They have to learn not one but two musical instruments, and solfege (a novel way to learn pitch and transcribe music by ear). Our kids give amazing concerts,” he says.
Jamshed Bhabha’s commitment to NCPA is best seen through the lens of an incident in 1995. “The Jamshed Bhabha Theatre (JBT) had burned down, and he didn’t let a day go to waste. He announced that construction would start the next day. Even before embers had died down, reconstruction of the JBT commenced,” recalls Suntook.

Now that the NCPA’s golden jubilee is just around the corner, and with stalwarts such as Zakir Hussain as a member of their council, Asia’s leading arts centre is on a roll. As for the artists, the list just keeps getting better.

November 15, Birsa Munda’s birthday, is also celebrated as Jharkhand’s statehood day. Four days of activities in the form of Sanwad, a tribal conclave, is a norm in their state. “Last year, there were 1230 participants, almost 60-65 tribes, from 20-23 different states. People from four countries—Canada, New Zealand, Zimbabwe and Kenya—attended,” says Sourav Roy, chief of Corporate Social Responsibility, Tata Steel Limited. Sanwad has a theme each year. Last year was ‘leadership’, and the year before that was ‘healers.’ The aim of Sanwad is to provide an apolitical platform to the tribal communities, explains Roy. “The first part of the day is spent on workshops or on introspection, and the second half is typically a celebration involving music and dance. We have performances from all over, and it happens right in the centre of Jamshedpur,” says Roy. They also try and organise smaller two-day events, and they team up with partner organisations who have similar DNAs, says Roy. “And we make sure that there is a contribution from their end too,” he says. They also try to get some contemporary voices for the events. Last year Muhammad Yunus, of the Grameen Bank fame, had attended.

The Tribal Centre’s Heritage Hall boasts some beautiful exhibits. On display are not just artefacts used by the four main tribes of Jharkhand—in the form of clothes and household utensils—there are even some musical instruments on display. “A lot of our work goes towards celebrating tribal icons and preserving their symbols and rituals,” says Jiren Topno, a member of Tata Steel’s CSR team, who plays a big role in helping the Tata group keep the tribal art and culture alive.