All the best, my fellow Pathan 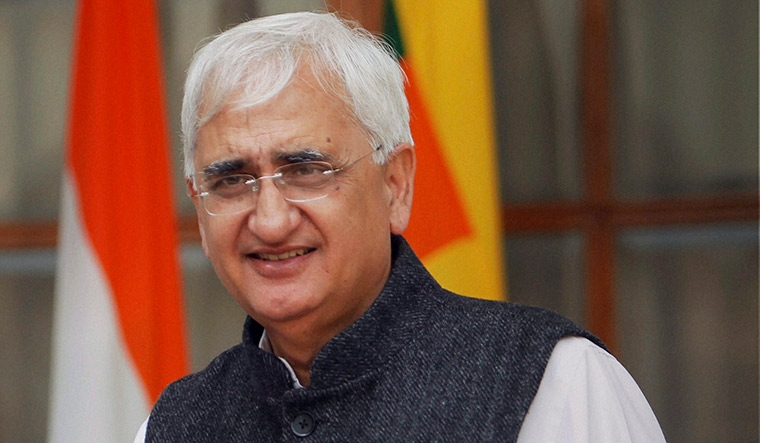 Prime Minister Imran Khan will take a while to trip off the tongue, but it will happen ultimately. For the present, it will have to be Imran, even Imran Khan, but I wonder at the predicament of those who rejoiced in referring to the audacious Pakistani politician and an icon of social circles as ‘Im the Dim’. Democracy, or such as it is in our neighbouring land, obviously has more glorious uncertainties than Lala Amarnath believed were in a game of cricket. If one looks around to find parallels in politics, presidents Emmanuel Macron (France) and Donald Trump (the US) in the west and Delhi Chief Minister Arvind Kejriwal nearer home will continue to challenge Imran Khan for the prize of the Great Unlikely (that turned into reality)! But, as democrats, let us give the man a chance.

I am lucky to share many attributes with the golden boy (now a man of substance), though, of course, somewhat modest by his standards. We both belong to the Pathan (called Pashtuns in Afghanistan) tribes of the North-West Frontier who migrated to different parts of undivided India. His clan settled in what is now Pakistan and my clan of Afridi Pathans, including Pakistani cricketer Shahid Afridi’s ancestors, settled in Rohilkhand. I played cricket, too, but only up to the level of my college team in Oxford, the university we share. When Imran dazzled the spectators at the university parks, I sipped lime cordial with friends and admired his dash, imagining what Pat (the Nawab of Pataudi) would have been like in his flannels. He graduated with a PPE (philosophy, politics and economics) and I went on to complete my jurisprudence degree before doing the BCL (bachelor of civil law). He went on to conquer the world of cricket and I stayed back to teach law to undergraduates. Benazir Bhutto, who went on to be prime minister, Dr Kamal Hossain, who became Bangladesh foreign minister, Dr Taufique Nawaz (whose wife was my Bangladesh counterpart as external affairs minister), Vikram Seth, Dr Arjun Sengupta and many more stars of the subcontinent dotted the university landscape and went on to claim greater glory. I might count myself amongst them, but whilst the innings we all played seem to have drawn to close or the draw of stumps are nigh, Imran Khan seems all set to take to the field again. He has won the toss (well, almost), but it is early to tell if he will bat or bowl first. But his real challenge will be whether game theory in politics is the same as playing a good game of Test cricket?

Everything one saw of Imran at Oxford, and indeed over the years that he has visited India, mostly as an icon, gave little indication of the kind of politics he would pursue. Willingness to join forces with all sorts of characters to win an election is no surprise, but what will he do with ultra-conservative elements of Pakistan if staying in power becomes more difficult than coming to power? Will Imran Khan discover that like him, in India, too, some people made the choice to ditch a liberal outlook in favour of an undefined conservatism? Will they find him more acceptable than the leaders he has replaced? How exactly will we deal with him across the table? My instinct is to let Shah Rukh Khan loose on him!

On a serious note, will he inspire people to start believing that there is no impossible in the dictionary of politics. It was easy, in a sense, for him to believe that he could do something out of the ordinary, in cricket or politics, and he has done it in both. For some of us, the impossibility is not merely in the outcome, but in parting with faith and convictions. It is there that our paths diverge. For Imran Khan, salvation lay in repudiation of the established order; for us it lies in its reaffirmation. Has he chosen wisely or have we? But then there is another distinction: he believes he has to work to revive Jinnah, while we are determined to preserve Mahatma Gandhi. As he strives for Naya Pakistan, there is a new India taking shape. The vocabulary might sound familiar, but the proof of the pudding is in the eating. Imran’s ability to stride across cultural divides and manage human emotions may give him an advantage if he comes to the table with Indian leaders. Any success in repairing the bilateral relations with India will be the best innings he has played.