The role of education is paramount in de-radicalisation 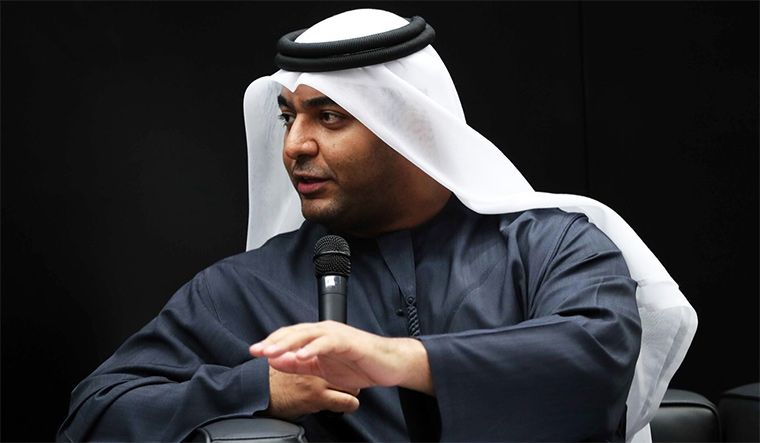 As cornered Islamic State fighters flee conflict zones of Syria, and Mosul in Iraq, leaving a trail of death and destruction, Maqsoud Kruse, executive director of Saudi Arabia-based Hedayah Centre, a global centre for countering violent extremism, says the world community must address the question of how to deal with the men, women and children of Daesh coming from conflict zones.

What are some of the issues that must be kept in mind when we talk of de radicalisation?

When we are dealing with a foreign terrorist , we must keep in mind that he is in a totally foreign country. He is smuggled into the conflict areas, and, in matter of weeks or months, he ends up killing complete strangers whom he has never met before or starts blowing himself up. What was his process of radicalisation and can we reverse it? The other issue is with regard to dealing with terrorist fighters who are fleeing conflict areas. As we are seeing in Iraq and Syria today, once the security forces enter the conflict zones, a large number of extremist fighters flee back to their home countries. How do you begin their de-radicalisation process? The other concern is of children born in these conflict areas. The children of Daesh. All these issues need to be addressed.

How important are national strategies in countering terrorism?

Developing national strategies is the key to countering violent forms of extremism. Most countries have some sort of counter terrorism strategy which is a collaborative effort of security, policing, intelligence and defence forces, where terrorists are either killed or put behind bars. However, when we talk of formulating a strategy for countering violent extremism, it relies a lot on preventive efforts, which require the involvement of everyone from the teacher in the school, the parent at home, the communicator on the television, the policy maker in Parliament, the Imam in the mosque or the priest in the church. I am happy to note that a lot of effort is being made by the Indian government on this front.

Who all should be part of the de-radicalisation process?

If we are truly sincere in countering all forms of extremism, then we are all part of the solution. The empowerment of civil society leaders, NGOs, community leaders, those people who can have an impact on the society and inspire and make a difference have a key role. So, we have programmes for training Imams, civil society leaders, educators and all forms of individuals who influence and impact the society. When we counsel a radicalised youth and tell him not to walk the path of extremism, we also need to have an alternative ready for him to show him that the cure to all problems does not lie in taking someone else's life or your own life.

How important is the role of education here?

I feel that the role of education is paramount . All forms of extremism, regardless of the labelling, starts as an idea. This idea triggers an emotional response, and this in turn triggers a certain kind of behaviour pattern which takes the form of violence or terrorism or something else. So, during this entire process, when an idea develops into an emotion and then a behaviour, we have multiple opportunities to intervene and make a difference. So, what we have developed is the Abu Dhabi memorandum of good practices which talks about the role of education in countering violent extremism which shares a set of good practices. This policy document was endorsed in September 2015 by 29 countries, European Union and members of the Global Counterterrorism Forum. It was followed by an action plan the following year. It is about teaching leadership, team work and working on cognitive skills and critical thinking of young children. Some people ask this question: should we monitor online activities of children or explain what is terrorism? The answer is we will not be able to do that. What we can do instead is impart them the necessary skills and mental ability to empower them to carry out their own autopsy of things, so that they are able to deconstruct the narrative that comes before them and find out what is true or not and reject it accordingly.

It is true that ideas cannot be defeated. They simply exist.

Yes, it is true that we cannot defeat an idea. What we can do is to build a counter narrative that is not always reactive or defensive. Merely banning social media platforms is not enough. We must also be able to build our social media outreach for a counter narrative. Why is it that when these terrorist groups create a social media message, it resonates with some of us and not with some others? The answer is simple, it is the content. So we need to create a better idea that resonates more. In this competition of ideas, we need to be innovative, creative and visionary.

Can you explain how Hedayah Centre works in countering violent extremism.

Hedayah was created in 2012 in response to the growing desire from the members of the Global Counter-Terrorism Forum (GCTF) and the wider international community for the establishment of an independent, multilateral centre devoted to Countering Violent Extremism (CVE) in all of its forms and manifestations. We don't work with extremists or terrorists directly, but we work with practitioners and policy makers who are engaging with them. We are building training curriculums in collaboration with a variety of key strategic partners such as the United Nations Development Programme (UNDP), the United States Institute of Peace (USIP), the Global Center on Cooperative Security, and the International Institute on Justice and the Rule of Law (IIJ) on a variety of issues like building national strategies, community policing, social media, foreign terrorist fighters, and Imam’s training. Hedayah also acts as a hub for exchanges of good practices around the world.

Can you tell us something about the recent activities?

One of our activities was the CVE Hackathon, which is an exercise of gathering CVE and Communications experts together to generate solution-focussed “prototypes” on how can we counter the Daesh online messaging? For example: Our Sawab centre is a digital communications hub that aims at degrading Daesh’s propaganda and recruitment efforts through direct online counter messaging. It was established in July 2015 as a joint initiative by the UAE and the US, as part of their collaboration within the Global Coalition to Counter Daesh (GCCD). This year, we will be organizing the second “CVE Global EXPO” that will take place in Abu Dhabi where we will be studying the advancement of preventing and countering violent extremism, not as a soft option, but as a strategic imperative.

Maqsoud Kruse is the Executive director of Hedayah, The International Center of Excellence for Countering Violent Extremism, Abu Dhabi