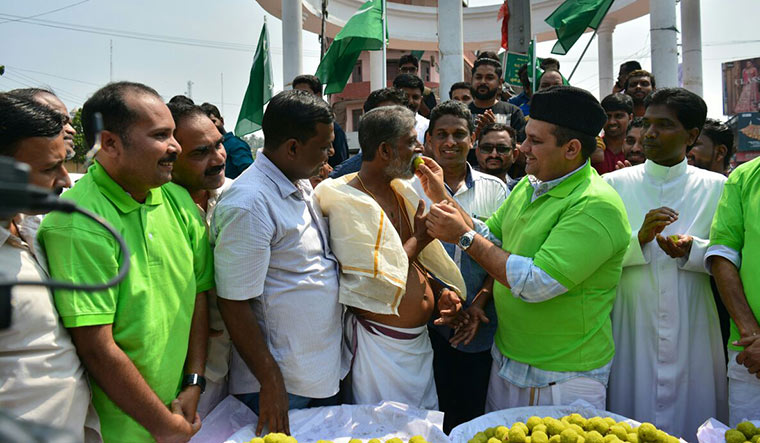 Rooting for harmony: Munavvar Ali giving sweets to a temple priest at an interfaith event in Malappuram.

After the demolition of the Babri Masjid in 1992, Syed Mohammed Ali Shihab Thangal played a critical role in ensuring the preservation of peace and communal harmony in Kerala. The Muslim League state president, who died in 2009 at the age of 73, was arguably the state’s most influential secular Muslim leader. Today, taking his legacy forward is his younger son, Sayyid Munavvar Ali Shihab, president of the Muslim Youth League. He says the recruitment of Muslim youth by radical outfits, though minuscule in numbers, is a cause of great concern. Excerpts from an interview:

What are the inherent problems in interpreting Islam?

Islam, like other religions, is a set of values which harmonise peace and progress. Its fundamentals are to promote the human journey for collective goodness. There are political and economic groups that use this philosophy for their benefit. Later, they turn into fringe elements. Without proper framework and grounding, some of them turn anarchistic and dangerous to society. Islam stands for peace and tolerance.

What is your understanding of jihad?

The term ‘jihad’ literally means striving or struggling. It is a religious or spiritual struggle against the evil in ourselves or in society. But jihad is misunderstood globally as a holy war waged on behalf of Islam, against its enemies.

How are Muslim organisations viewing the rising danger of radicalisation of youth? 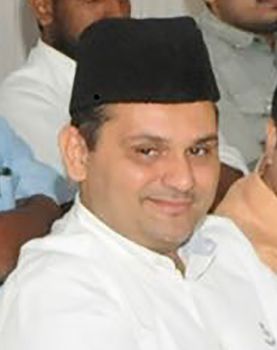 In India, there is an intrusion of extreme ideologies in every community and levels of society. Muslims, too, are not an exception. If we analyse Muslim organisations in India, we will reach a conclusion that traditional organisations never ever participated in the radicalisation process. Century-old organisations like the Tablighi Jamaath, the Samastha Kerala Jam’eyyat ul-Ulama and the Kerala Jamiyyathul Ulama have always strongly opposed radical thoughts, and many of its supreme leaders were actively engaged in Indian politics.

The recent recruitment of Muslim youth by radical organisations, though minuscule in numbers, should be seen with great concern. The community should deal with this problem swiftly and robustly.

What do you think of the de-radicalisation programme?

In my opinion, de-radicalisation of these individuals should consort with the community, the state and society at large. The manpower and resources of our youth, who form a major chunk of our population, should be utilised for the benefit of the nation, through democratic and constitutional means. Meanwhile, community leaders, regardless of their religious affiliation, should emphasise the spirit, values and teachings of each religion, rather than merely perpetuating its ritualistic expressions.

Is Salafism the reason for the rise in extremism in Kerala?

I don’t follow Salafism personally. As I understand it, Salafism originated as an ultra-conservative reform movement…. Salafism basically advocated a return to the traditions of the Salaf, who are the first three generations of scholars after Prophet Muhammad. There are thousands of organisations that follow these principles, worldwide.

In India, the century-old Jamiat Ahle Hadees is considered the first Salafi organisation. Maulana Abul Kalam Azad was its supreme leader. Salafism does not promote radicalisation. So, if any person belonging to a particular group is getting radicalised, the organisation must create awareness to prevent that person from deviating from the basics and traditions of that group.

When minority youth are arrested on terror charges, what is the biggest concern?

We must look at the important issue of the arrests of thousands of innocent youth all over the country. They have been languishing in jail for several years, without bail or trial. The government should ensure that their human rights are not violated and that they get justice. Else, our youth will get disappointed, and their despair will misguide them to commit anti-social and anti-national acts.