Restoration of the Qutb Shahi tombs leads to surprising discoveries 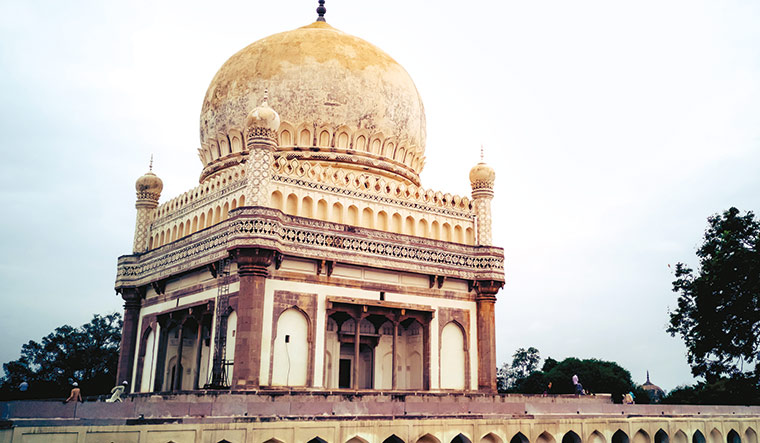 TOURIST GUIDES AT the Qutb Shahi tombs—among the oldest heritage sites in Hyderabad—have a sheepish look these days. Until two years ago, they were reeling out the myth that Sultan Quli Qutb Shah, the founder of the Qutb Shahi dynasty, was a saint whose tomb, devoid of any ornamentation, was evidence of his simplicity. Recent efforts to restore the tombs present a different story— ornamental stucco was found beneath layers of cement plaster on the exterior walls of Quli Qutb Shah's tomb. The decoration on the minarets and details on the merlons below the dome were also restored.

The tombs of the seven rulers of the dynasty are on a 100-acre site, along with around 40 tombs of courtesans and other members of the royal family. Ever since the Aga Khan Trust for Culture initiated conservation and restoration work of the tombs in collaboration with the state government’s Heritage Telangana, new finds have upended age-old notions about the rulers of the Qutb Shahi dynasty. In 2013, the trust had signed a memorandum of understanding (MoU) to take up the work in a three-phased manner inside the Qutb Shahi Heritage Park, which has 80 monuments, including 23 mosques, seven step wells, a hamam or Turkish bath, tanks, gardens and enclosure walls. After Quli Qutb Shah, tombs of the six successive rulers of the dynasty were constructed over a period of 169 years. The floral designs and other decoration on the tombs have been influenced by Persian, Pathan and Hindu architecture. 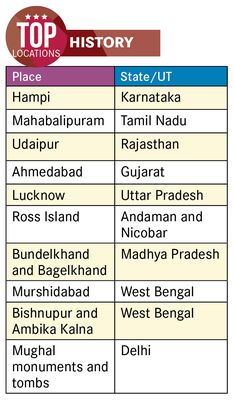 Another discovery of the restoration team was of an enclosure wall around the garden of Quli Qutb Shah’s tomb, constructed 56 metres from the tomb. Since one side of the 16th century wall was partly in ruins and partly buried, the craftsmen constructed the wall as per the original design. Some work was also done on the mausoleums of the fourth and fifth rulers, Ibrahim Quli Qutb Shah and Muhammed Quli Qutb Shah. The designs on Sultan Ibrahim’s tomb, which were inspired by Hindu temple architecture as infighting had driven the sultan to the Vijayanagara kingdom in the Deccan plateau, have been highlighted. Thousands of ceramic tile fragments were revealed when the excess earth on Sultan Muhammed’s crypt was removed.

Yushowant Purohit, project manager of the Agha Khan Trust for Culture, said that the conservation works had been taken up after exhaustive documentation, surveys, archival research and a 3D laser scanning of the monuments. Care was taken not to damage the structures, with traditional tools, building materials and craft techniques being used for their restoration.

The tombs adjoin the Golkonda Fort which was the dynasty’s seat of power. The passage that connects the two important heritage sites is also being developed for tourism.

On the other side of the tomb of Sultan Ibrahim is an eidgah, a gathering place to perform Eid prayers, which is opened during Ramzan. Those who came to pray this year were in for a surprise when they saw the original designs on the wall which was cleared of 20 layers of limewash. The restored eidgah was part of the first phase of the project. The largest rainwater collecting pit, Badi Baoli, has been given a new lease of life after a portion of the corridor had collapsed in 2013 because of heavy rains. Work has also been done on the hamam, where more than 250 movies have been shot.

The restoration work has not only made the Qutb Shahi tombs an interesting place for heritage lovers and tourists but has also had an impact on the historical narrative. The Aga Khan Trust is now planning to train the guides so that the tourists can hear an updated and more accurate account of the Golkonda dynasty. 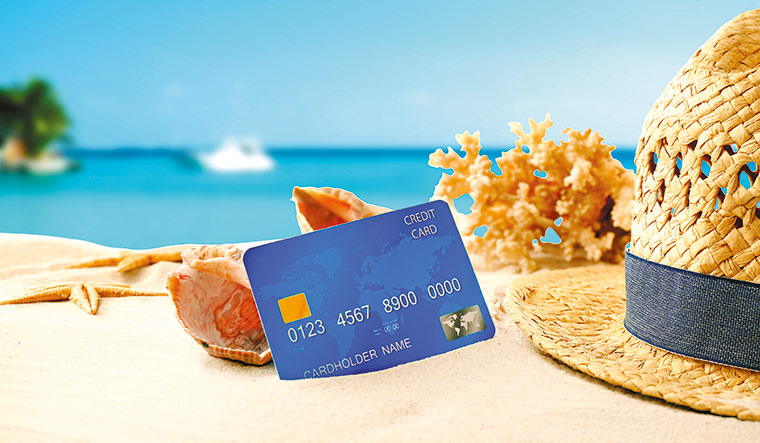 After your bags are packed and your itinerary planned, make sure your financial requirements are taken care of before you set out. Here are some reasons why cards have a distinct advantage over cash. They are more convenient to carry, are easily replaceable if they get lost, and, if you have booked a hotel room using a credit card, your reservation is usually guaranteed even if you arrive late. Your card issuer might also be offering several travel perks, such as discounts on rental cars, free breakfasts and late checkouts. In addition, you will get whatever reward points your credit card offers. If you are carrying cash, you will need to exchange your money for the local currency wherever you go; this is inconvenient especially if you are travelling to many places.

Of course, cards have some disadvantages. Your bank, for example, will add service fees for foreign currency transactions, so it is important to know the rate it charges before embarking on your trip. Here are some things to keep in mind while using credit or debit cards:

* Inform your card issuer before you travel so that your card does not get cut off for suspected fraud.

* If you are using a debit card, see if you have a daily spending limit.

* Get a travel card from your bank. That way, even if it gets stolen, there will be a limit to the damage.

* Carry cards from different issuers while travelling so that if one does not work, you have a backup.

* It is better to use credit cards rather than debit cards for purchases, as debit cards take money directly from your bank accounts. Use debit cards only to withdraw cash from ATMs.

* Make sure you can access your credit cards online. This way, you can update your travel itinerary or block a stolen card immediately. You can also track your spending in real time.

* Find out if your card has an app, which makes life a lot easier. Also, keep the bank’s toll-free number on the speed dial of your phone, so that in case of emergency, there is no delay.

Now that you have taken these precautions, you are all set to go. Have a great trip!