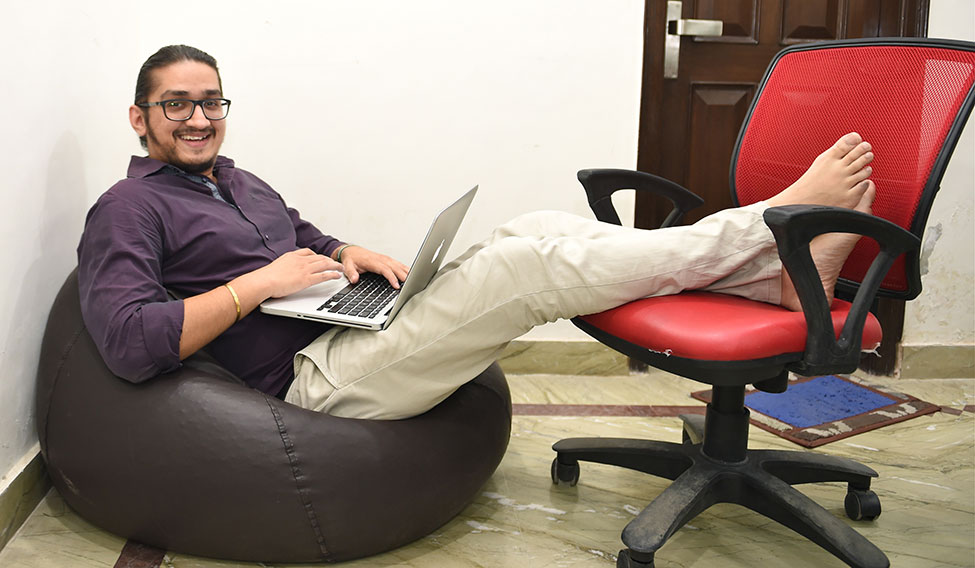 Armed with technology, peer-to-peer lending platforms are rewriting the rules for loans

Pankaj Budhiraja thought the MUDRA Loan Yojana would end all his funding worries. The entrepreneur from Delhi needed money to expand his human resources consultancy business and was banking on the government programmes aimed at small and medium entrepreneurs. But soon he realised, the reality was a lot different. “I must have approached at least six banks,” he said. “They were not convinced.”

Then one of his friends told him about Lendbox, a peer-to-peer lending platform. Budhiraja was a little sceptical. But he registered on the website, and, to his surprise, got the money he wanted in 15 days.

Just like any other aspect of our lives, technology is changing the way money is lent and borrowed. Till a while ago, entrepreneurs were left with no funding options if turned down by banks, non-banking financial companies and microfinance institutions. Now the technology platform acts as a marketplace where borrowers and lenders meet. “Peer-to-peer lending is shaking up the consumer lending market globally and is expected to do the same in India as well once it acquires a certain size. Cumulative lending through P2P lending platforms globally reached 4.4 billion pounds in 2015, as compared to 2.2 billion pounds in 2012,” said Vivek Belgavi, partner (financial technology), PricewaterhouseCoopers.

While borrowers get hassle-free loans on P2P lending platforms, lenders make handsome returns on their surplus cash. Instead of putting their money in small savings schemes or government bonds, risk-savvy lenders can get more than 15 per cent interest. “There is definitely a need gap in the market which P2P platforms are fulfilling. A large section of the population does not get access to credit because of several reasons. It comes as a quick source of funding for people who are unable to get it through traditional channels,” said Madan Sabnavis, chief economist, Care Ratings, a rating agency.

Lenders, however, are doubly cautious on getting only genuine borrowers. Lendbox, for instance, looks at more than 200 data points to assess the borrower. “Starting from CIBIL score, we do a total risk assessment by scanning the financial background, how many jobs the person has changed, income-liability and social circles. We also apply data analytics to understand his intent to pay,” said Ekmeet Singh, founder of Lendbox.

Faircent, another P2P platform, rejects a large number of applicants after scrutiny. “We make sure that somebody with a genuine need comes on the platform,” said Rajat Gandhi, founder of Faircent.

After scrutiny and internal risk assessment of the loan seekers, these platforms come up with their own ratings for borrowers and categorise them on the basis of risk. Lenders can look at the rating, the available data and decide on whether they want to invest in a particular borrower. High risk borrowers get loans at high interest rates and those with low risk can bargain to bring down the rate.

“We follow the reverse auction method; it is up to borrowers to accept or reject an offer from lenders,” said Gandhi. At Faircent, every loan is funded by at least five lenders to reduce the risk exposure.

Singh of Lendbox said many of the loan requests for loans were for settling credit card bills. The second biggest category was small businesses that banks find unviable to lend. “Say a tiffin service provider needs a Rs 3 lakh loan; banks do not have any category to put them under, nor do they want to spend time and resources in servicing a Rs 3 lakh loan,” said Singh.

These technology-enabled platforms are bringing transparency in the traditionally shady sector. “These platforms are cleaning up the image of a moneylender,” said Ishan Kukade, a lender registered with Lendbox. Kukade left his job with Barclays in London to concentrate on his family business of moneylending. He has invested a significant amount across platforms. His average ticket size is Rs 60,000. Kukade does his own research, along with checking data from the platform, before deciding on a borrower. “I generally go for riskier profiles because the return is higher,” he said. He said one should get into lending only if willing to spend three to seven hours a day in due diligence.

Considering the risk involved in the business, the Reserve Bank in April came up with a set of proposals to regulate the sector. While the final norms are yet to be out, the industry says it is a step in the right direction. “We do need regulation but not a very harsh one. Something like a best practices code will be better for the industry. The finance sector is in dire need of innovation and I hope that this innovative spirit of P2P platforms is respected by the RBI,” said Gandhi.

The consultation paper does not talk about defaults, but experts say if these platforms come under the RBI, it would give them stronger teeth to recover loan. As of now, in case of default, the lender files a civil case against the borrower. The platform helps by deploying recovery agents.

Though banks are not much worried about the competition, they have taken note of the growing popularity of P2P platforms. These platforms take away not only borrowers who would have otherwise approached banks, but also potential depositors. The concern is expressed in the RBI’s paper. It would be “prudent” to regulate the business because of “the impact it can have on traditional banking channels” and NBFCs and its “potential to disrupt the financial sector and throw up surprises”, said the paper.

Faircent’s Gandhi said in 10 to 15 years P2P lending platforms would challenge banks on their unsecured loan portfolio. “We are attacking them on twin turfs,” he said. “It is time they became cautious.”