Competitive private industry gives an opportunity for HAL to evolve 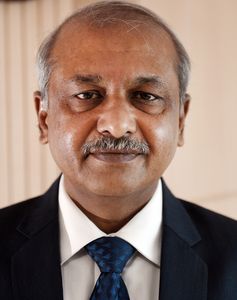 Q/What is the current status of the production of LCA Tejas?

A/The order for the first 40 aircraft is categorised into two tranches of 20 each—initial operational clearance (IOC) and final operation clearance (FOC)—with 16 fighters and four trainers in each batch. The delivery of the first 16 fighters in IOC configuration is complete. The FOC for the fighter variant was issued to us in February 2019. This FOC variant additionally comes with air-to-air refuelling capability, close combat gun, additional drop tanks, BVR (beyond-visual-range) missile capability, updated avionics and flight control software suite. The FOC variant will reduce the maintenance man hours and turnaround time.

The first LCA in FOC standard took to the skies on March 17, 2020. We had achieved the feat within a record time of 12 months after the release of the Drawing Applicability List (DAL) and SOP by CEMILAC. On May 27, FOC standard LCA Tejas was inducted into the IAF Squadron ‘Flying Bullets’, marking a major milestone for us.

Similarly, the production of eight LCA twin-seat trainers based on the provisional design document provided in June 2019 is also progressing at HAL. The current LCA manufacturing capacity established at HAL is for eight aircraft a year. The capacity is being augmented for production of 16, for which a second production line has been set up and entire structural modules of front, centre, rear and wing are being manufactured through our outsource partners.

Q/How do you view the growing competition from the private sector?

A/I feel that a vibrant, competitive private industry base in the country is an opportunity for HAL to evolve and exert for greater challenges. The aerospace and defence (A&D) industry involves complex technology, high investment cost, long gestation period, stringent quality requirement, long development cycle and tedious certification process. This acts as a major challenge for new entrants. The recent past has witnessed a paradigm shift in defence procurement procedure with the introduction of the strategic partnership (SP) model. SP provides the opportunity to the Indian private sector for making an entry into the industry with a product by collaborating with an original equipment manufacturer.

Currently, the defence manufacturing ecosystem in the country is developing. We have spearheaded this by collaborating with private players, foreign OEMs and academia for various production and development projects. We are also making significant efforts toward the development of a skilled workforce through an apprentice training programme, Aerospace and the Aviation Sector Skill Council and other skill development initiatives. We are also aiming to become a major system integrator and have outsourced different activities to different private vendors.

Q/There are talks of making India more self-reliant in defence production. How would it benefit HAL?

A/We play a significant role in the domestic aerospace industry in terms of service provided to the Indian armed forces and the aerospace manufacturing ecosystem. In order to ensure maximum utilisation of existing defence and aerospace facilities in the country, the urgent need is to provide orders for aircraft and helicopters manufactured and developed by HAL under Make in India.

Q/Has there been an exodus of talent from HAL because of the arrival of multinational aerospace companies?

A/It is in line with the industry average and there has been no mass exodus. Though the advent of MNC aerospace companies can result in talent drain, in my opinion, the learning opportunities and the challenging and inviting work environment and pro employee policies of the company will help HAL retain the workforce.