We have a realistic idea of where we are headed 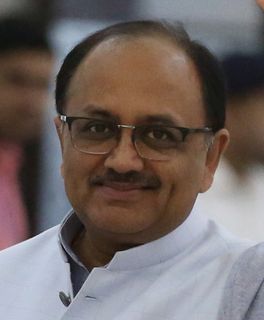 Q/The state’s MSME sector has moved quickly to respond to the economic challenges of the pandemic. How was it made possible?

A/The leadership of Chief Minister Yogi Adityanath has pushed us. He has wanted us to come up with something out of the box every day. We have a good team. We had a job to do much like doctors, to keep the economy healthy and running.

Q/There have been variable figures about how many people could be employed through the sector. Are there realistic numbers to work with?

A/We have signed four MoUs for providing 11 lakh jobs. There are 40 lakh people being employed through MGNREGS. From the start of the lockdown, we processed 19,000 loan applications and gave them to the banks. As a thumb rule, every loan provided will generate employment for eight to 10 people. We are mapping the skills of 15 lakh workers who have returned. So yes, we have a realistic idea of where we are headed. There is convergence of departments such as panchayati raj and rural development to provide jobs.

Q/There is apprehension that the Migrant Commission will take away the freedom of the state’s workers by negotiating on their behalf.

A/We are not here to negotiate the freedom of workers; we are only concerned about migrants not being provided every social security they are entitled to, in whichever state they are. This is something we will be taking up with other states. We are looking after the welfare of our workers, not holding them back.

Q/What about concerns that changes in labour laws will curtail rights of labourers?

A/There are many clauses in our labour laws that are redundant and create unnecessary problems for investment and entrepreneurship. These needed checks and by doing so we have given the message that UP is a progressive state and open to changes. There are no changes to the minimum wages to be paid or the number of working hours.

Q/What about attracting foreign investment, given that UP is competing for investment moving out of China?

A/A committee headed by the chief minister has examined the domestic competition and the competition with southeast Asia. We have quickly introduced sectoral reforms where needed. Among the states, we have been the first to initiate dialogue with Japan, which is giving $2.2 billion to firms moving out of China. Among the European nations we have been in touch with, Denmark has shown interest to transfer its expertise on high technology MSMEs, for which we have signed an MoU.

Q/Allotment of land to set up enterprises has been a major challenge. How is that to be tackled?

A/We have received a legacy with the UP State Industrial Development Corporation (land allotting agency in the state), which we are trying to reform. We have started with GIS mapping of land to make its availability transparent.

Q/The state’s other challenge is the imbalance between the east and the west. How will it be rectified?

A/This has been addressed by this government’s employment and industrial policies. We are developing a water pipeline project in Bundelkhand in addition to an expressway (connecting to Delhi). The Purvanchal Expressway will be operational soon. These will contribute to correcting intra-state imbalances.