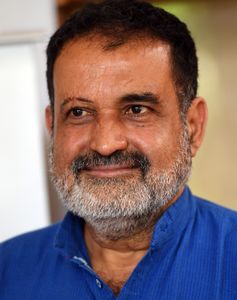 A liquidity squeeze in the market in the October-December 2018 quarter caused a decline in economic activity. During that time finance minister Arun Jaitley was unwell and the government response was inadequate. The same trend continued from January to March 2019. There was an interim budget in February 2019.

During the same time, the RBI also was going through a transition. It thought that its aim was to push liquidity into the banking system whereas the challenge at that time was not the lack of liquidity but the decline in lending. From April to June 2019 there was election activity. In July 2019, when the government was formed and the budget was presented, we had a new finance minister. It was not a good budget. It made many mistakes, especially by taxing foreign portfolio investment (FPI). After the budget, a decline started and the slowdown in economic activity continued till September 2019. However, before that, in August 2019, the government took some actions.

Over the past few months, investment has not been very good and it was due to the low demand. Reports say that the government owes around Rs5 lakh crore to people who supplied goods and services to it. Broadly, it meant that there was a liquidity jam and the economy went down. During the period, there were floods and the agriculture sector was shaken up.

At the moment, the government is trying to revive the economy and it has done a few good things. It has given a line of credit to NBFCs, though the implementation is still poor. The government has asked the banks to lend money and reports say that Rs4.5 lakh crore has been lent in the past few months. Besides, there has been an improvement in the GST collections for October-November 2019. The government has also constituted a fund of Rs25,000 crore for the stressed real estate sector.

The government has reduced corporate tax, which has created a positive mood, and removed the surcharges on the FPIs, which improved the sentiment in the market. The impact of all this will most likely be felt in the January-March 2020 quarter.

MORE TO BE DONE

The RBI needs to do more. The crisis was aggravated because of the inability of the RBI to accept that a large part of the consumer lending was being done by the NBFCs and not banks. The RBI should have acted to provide liquidity to NBFCs. The finance minister is doing a tremendous job to revive the economy and slowly hope is coming back and some decent uptake is expected in January-March 2020.

The views of industrialist Rahul Bajaj that there is an atmosphere of fear are personal. It is true that there is fear among some sections of the industry. There is fear because today crony capitalism is not possible and you cannot manipulate government policies, you cannot rob the public, you have to pay your taxes and the drive against black money is going on. Tax terrorism has, however, come down a little bit.

There had been too many changes to recalibrate the economy—demonetisation, GST and RERA—in a short period of time. There is a need for healing because the industry cannot take any more reforms and shocks. The period of healing has to go along with increased liquidity.

At the same time, the RBI has to be active; it is currently sitting in its ivory tower. It has to consider the NBFCs as an important part of the economy. It should include NBFCs in its quarterly and fortnightly reports and ensure that there is enough money with them. The banks should not keep on reducing interest rates on deposits. If you cut interest on deposits, the consumption level of the people will come down and it will hurt the economy.

There should be more communication between the government and the industry. The government should call the chambers of commerce and industry and talk to them every month to calm things down. The government has to carry people along.

—As told to Abhinav Singh