We need to address both privacy and national security 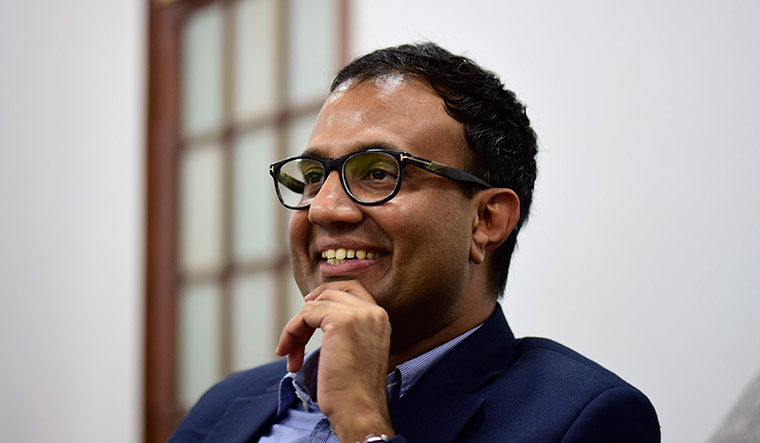 When Facebook named Ajit Mohan as its India head last September, the social media giant was at a crossroads, both in India and abroad.

The Cambridge Analytica scandal had cost Facebook $120 billion in market capitalisation, and much more in terms of goodwill. In India, Facebook and its messaging service WhatsApp were struggling to stop the deadly spread of fake news. The launch of WhatsApp Pay, the much-hyped online payment platform, was also stalled because of privacy concerns.

Mohan took charge of Facebook’s Gurugram headquarters in January, after quitting as CEO of Star India’s streaming platform, Hotstar. Analysts called him a “brave man”—Facebook had been struggling to fill the position, as the government had warned that it would hold senior executives liable if the company failed to address concerns.

In nine months, Mohan, 44, has led Facebook away from the choppy waters. With a combined user base of 72 crore and counting, Facebook and WhatsApp continue to post robust growth in India. WhatsApp Pay has cleared legal hurdles and is waiting for the regulatory green-light. Under Mohan, Facebook is also foraying into the digital content market in a big way. It will exclusively live-stream all La Liga matches this year, and has signed a deal with the International Cricket Council to feature exclusive digital content related to ICC events in the Indian subcontinent till 2023.

In an interview with THE WEEK, Mohan talked about Facebook’s India strategy. “In June, we made what is the first minority investment Facebook has made anywhere in the world, by investing in [the Indian startup] Meesho,” he said. “Even in its early stages, Meesho has brought 200,000 female entrepreneurs online—all of them first-time business owners.”

Excerpts from the exclusive interview:

Q/ So how big is your startup strategy in India?

A/ We see opportunities in new ventures that are having a material impact in terms of building tech capacity in India and spurring economic growth and job creation. In Meesho’s case, a lot of it came together.

There is also the impact on women, especially from an entrepreneurship point of view. We are conscious that the percentage of women online is between 30 and 35 per cent. As a company, Facebook can do things that can correct this gender imbalance, and we are willing to put in effort and energy behind it.

Q/ Facebook’s user base in India is the biggest in the world. Have you reached a saturation point?

A/ We are aware that there need to be checks that limit the possibility of misinformation going viral. There has been a lot of work on that in the past years. One of the programmes we run on the Facebook app is third-party fact-checking. The idea is to depend on independent fact-checkers who have been certified by the International Fact-Checking Network (IFCN). If [information is] found to be false, its distribution gets severely limited. We also have advanced automation and AI programmes that pick up content that violates our community guidelines. Since WhatsApp is encrypted and we cannot see the messages, we limit forwards to slow virality.

Q/ Facebook has invested heavily in artificial intelligence and related technologies. How do you plan to monetise these investments?

A/ We look at AI as the core of everything; not as one thing to be monetised. For us, AI is [something that] fundamentally builds capacity that influences our products across the board. Thanks to the massive investment made in AI over the last few years, we now have the ability to block content even before it gets distributed. And there is a lot of AI that powers what you see on the Facebook newsfeed every day.

In the nine months that I have been in Facebook, I have observed that the lens is not primarily on monetisation. The lens starts first with, ‘What is the value proposition that we can add here, and what are the problems that we are solving for users?’ So, the lens is about [making an] impact first, and then finding ways to make what we do sustainable, at the right time.

Q/ Are privacy concerns in India as big as they are in the US? Do you think Indians are less concerned about privacy?

A/ No, I don’t think so. If the question is about whether Facebook’s [solutions] are adapted to different geographical and cultural contexts, then the answer is no. We have clearly said that privacy is going to be at the heart of the company’s philosophy as well as the guiding value for how we build and design products. That is a global approach. We have the same guidelines and standards for India as we have for the US.

Q/ How difficult is it to balance the issues of privacy and national security?

A/ In India, there are legitimate concerns that the government has expressed. For us, we need to find an answer on how to address both the values (privacy and national security). And that conversation is ongoing.

Q/ You have been streaming La Liga matches. Now you are into cricket, too. Does it signify a shift in strategy?

A/ The power of [Facebook] platforms is the strength of their communities. One of the biggest interest groups among these communities is around sports. And in India, it is around cricket.

An area that we are trying to explore is, ‘How do we bring the power of video to social [media]?’ There can be co-watching—people watching it together and engaging with each other, even if they are not in the same room. Our partners are excited about the opportunity to shape the future of social video.

Q/ When do you plan to launch WhatsApp Pay?

A/ We have agreed to data localisation and we are now waiting for regulatory approval. It will be launched whenever we get the approval.