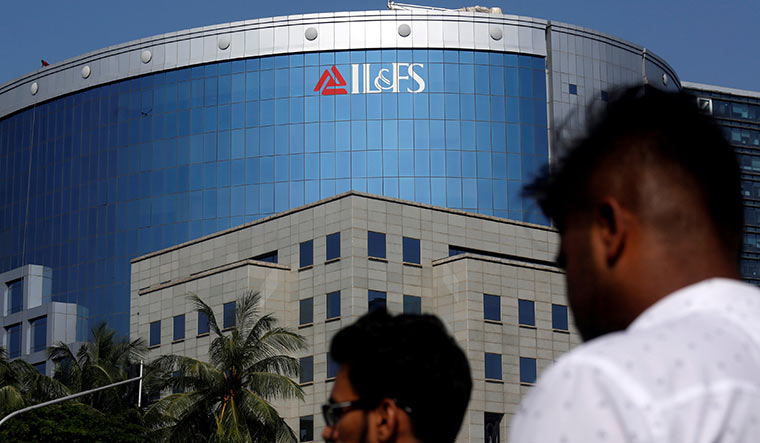 DEWAN HOUSING FINANCE LTD, India’s third largest pure-play mortgage lender, made a net profit of Rs874 crore in the first half of 2018-19. In the second half, however, the picture completely turned, and DHFL reported a net loss of Rs1,036 crore in the year ended in March 2019. The company has defaulted on its interest payments and credit rating agencies downgraded its debt instruments to ‘D’, which is junk status. Several other NBFCs were also downgraded by ratings agencies.

At the heart of DHFL’s troubles is a liquidity crisis that is threatening to shake up India’s non-banking financial services sector. Many non-banking financial companies (NBFCs) relied on raising short-term funds by issuing commercial papers to provide long-term loans. When the commercial papers matured, they would simply raise fresh short-term debt. Thus the cycle continued, but then the IL&FS crisis happened.

IL&FS, which funded large infrastructure projects, had a debt of Rs90,000 crore, and the company defaulted on repayment in August last year. Investors lost appetite, and liquidity in a large part of the sector dried up. The financial stability report of the Reserve Bank estimates that non-bank share in credit declined to 26.6 per cent of the aggregate domestic sources in 2018-19, from 39.1 per cent in 2017-18.

“The market got spooked by the IL&FS defaults,” said a senior executive in a large NBFC. “What started out as a crisis of confidence has now become a crisis of currency availability.” As India does not have a big debt market, banks and mutual funds are the major sources of funds for the NBFCs. Banks, which are fighting their own battle of reining in non-performing assets, reduced the funding to NBFCs in the past nine months. “Banks are playing a wait-and-watch game now,” said Sanjay Chaturvedi, chief executive officer of Shubham Housing Development Finance Company. “Public sector banks are not lending to most smaller players. Raising fresh funds has also become expensive by almost 50 basis points.”

Debt mutual funds, which were hit by their exposure to IL&FS and a few other troubled entities, also started cutting their exposure to the NBFC sector. According to an analysis by CARE Ratings, the overall exposure of mutual funds to NBFCs stood at Rs2.02 lakh crore in June 2019, down by Rs63,000 crore since July 2018, when the crisis began. The percentage share also declined to 14.8 per cent of debt assets under management in June 2019, compared with 19 per cent in July 2018.

The NBFCs’ over-reliance on short-term funds seems to have led to a huge asset-liability mismatch. According to a research report by the RBI, 99.7 per cent of shadow banks in India made long-term loans against short-term funding. But that is not the only reason for the trouble. Many factors contributed to this problem, said Abhishek Kumar Rohit, assistant professor at TA Pai Management Institute, Manipal. “For instance, availability of easy money from banks, drop in lending standards, ineffective risk management, lack of appropriate checks and balances, improper regulatory norms, and non-transparent and complex business procedures,” he said. 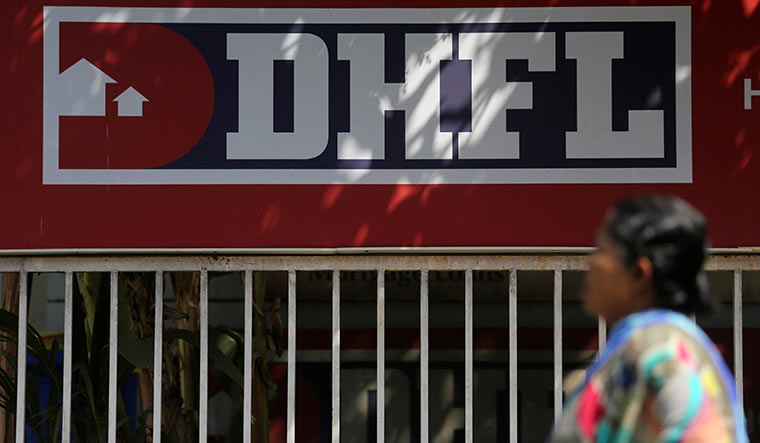 NBFCs account for a large source of finance in the automobile, consumer durables, infrastructure and housing finance sector. Of late, they have increased lending to the micro, small and medium enterprises. Credit rating agency Fitch estimates that NBFCs now account for 20 per cent of credit to India’s economy, compared with 15 per cent five years ago. They accounted for 30 per cent of auto loans in 2018, and, along with housing financing companies, for 44 per cent of home loans.

The automobile and residential real estate segments have been hit by the crisis in the NBFC sector. Most vehicle makers have cut down production, and ancillary units have fired many employees owing to the slow demand. In the April-July period, passenger vehicle sales slid 21 per cent, two-wheeler sales 13 per cent and commercial vehicle sales around 14 per cent.

Ratings agency ICRA estimates that in the current financial year, the growth in housing finance will be 13 per cent to 15 per cent, which is lower than the last three years’ average of 17 per cent. “The liquidity crisis is the major factor preventing completion of more than 5.6 lakh stalled units across top seven cities,” said Anuj Puri, chairman of Anarock Property Consultants.

The effect of the slowdown across sectors is visible in the overall economic growth of India, which slowed down to 5.8 per cent in the fourth quarter of 2018-19. “The worry in the short term is that lending by NBFCs to different segments of the economy will slow down,” said Robin Bhowmik, chief business officer, Manipal Global Academy of BFSI. “Banks saddled with humongous NPAs may not step in immediately to address the credit requirements of the economy.”

Many fast moving consumer goods makers have seen their growth slowing down over the last few quarters. Hindustan Unilever, the country’s largest FMCG company, reported a 5 per cent growth in the number of units sold in the quarter ended on June 30, which is its slowest in the past seven quarters. “NBFCs play an important role in driving consumption pattern and fund important sectors that drive Indian economy,” said Satyam Kumar, co-founder and CEO of Loan Tap, a company that provides customised loan products. “Any slowdown in lending to these crucial sectors will adversely hamper our country’s plan to become a $5 trillion economy. Banks have still not developed proper sourcing and lending models for several of these crucial sectors.”

The government has nudged public-sector banks to give a helping hand to the NBFCs in a bid to ease the liquidity crunch. Finance Minister Nirmala Sitharaman’s plan is that the government will provide one-time six months partial credit guarantee to public sector banks for purchase of assets of financially sound NBFCs, amounting to a total of Rs1 lakh crore, during the current financial year. This is for first loss of up to 10 per cent. As per the scheme, the guarantee will be valid for 24 months from the date of purchase. The assets will need to have a minimum AA credit rating, the eligible NBFCs should have made a profit in at least one of the past two years and their NPAs should not be more than 6 per cent.

However, given the stringent guidelines, very few companies would get the benefit of the credit guarantee scheme, said Mahesh Thakkar, director general of Finance Industry Development Council.

The RBI has announced additional liquidity facility to banks for purchase of assets from and on-lending to NBFCs and HFCs, which would help banks avail an additional liquidity of Rs1.34 lakh crore. It also relaxed end-use restrictions on external commercial borrowings (ECB). Eligible borrowers will now be able to raise ECB with a minimum average maturity period of 10 years for working capital purposes and general corporate purposes, and ECB with a minimum average maturity of seven years for repayment of rupee loans availed domestically for capital expenditure.

RBI Governor Shaktikanta Das said NBFCs were being monitored intensively on a regular basis to ensure that a situation of an institution collapsing would not arise. “It is our endeavour to ensure that there is no collapse of any systematically important or large NBFC,” he said. “In that direction, we are monitoring the evolving situation and we will see how it moves forward.”