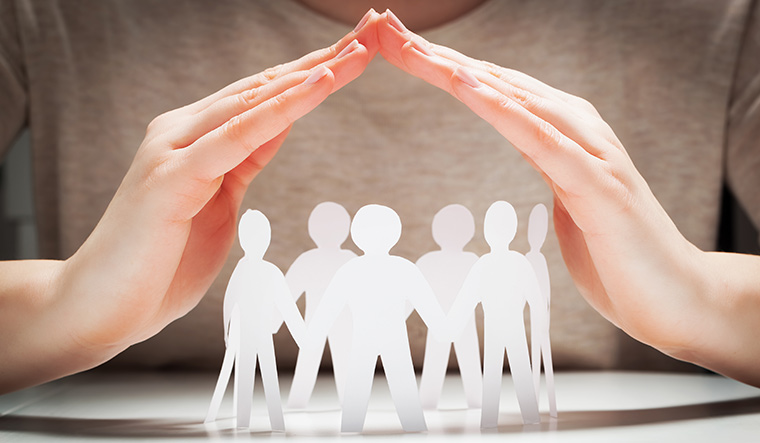 Insurance is an industry that makes a real difference to people’s lives, especially in their dire hours of need. Unfortunately, though, the industry has quite a negative perception. Customers are worried that insurers are out to make profit and that they never settle claims.

This perception, however, is far from the reality. The combined ratio of the general insurance industry is over 120 per cent, which clearly highlights that the industry is bleeding in terms of the number of claims being settled. The industry should look to change this perception and highlight the role it plays in stabilising society and economy.

Thanks to climate change, the frequency of catastrophes across the world has been on a rise. Insurance comes to the rescue during such times, helping people recover financially. An example is the Jammu and Kashmir floods in 2014, which had the insurance industry instantly settling claims worth more than Rs4,000 crore, and providing a combined relief of Rs1,500 crore. After the 2015 Chennai floods, the insurance industry settled claims worth Rs800 crore, and provided relief of Rs1,000 crore. After last year’s Kerala floods, the industry settled claims worth almost Rs1,500 crore.

These figures clearly indicate the contribution of the insurance industry in bringing instant and effective financial relief, helping people with a faster recovery from the aftermath of a calamity. The unfortunate reality, though, is that economic losses have always been much greater than the insured losses.

Not only has the insurance sector played the role of a stabiliser, but has always played a critical role in the uplift and development of our country, both in terms of infrastructure and economy. General and life insurance companies in India invested more than Rs19 lakh crore in Central government securities in the first half of the fiscal year 2018-19. Including the investments in other industries, this figure comes to Rs53 lakh crore.

With these investments, the insurance industry is indirectly helping the government bridge the fiscal gap, and helping it spend on subsidies, pension, welfare schemes, infrastructure and defence. India’s equity market has been doing well, and has seen a significant rise in investment over the past few years. The insurance industry has invested Rs8.2 lakh crore in the equity market, making it a significant contributor with almost 7 per cent of the market share.

Insurance has not just helped in the making of a modern India, but has also contributed towards securing our roots, which are still very much agrarian. Agriculture remains the primary occupation of most people in the country. Insurance provides the much-needed financial support to farmers in case their crops are damaged, thus protecting their hard work and money against the vagaries of nature. The industry today covers more than five crore farmers under the Pradhan Mantri Fasal Bima Yojana and the Restructured Weather-based Crop Insurance Scheme. The industry has settled claims worth more than Rs30,000 crore till the 2017 kharif season.

The industry prides itself on contributing to the welfare of India’s most valuable resource—its citizens. Health insurance enables citizens to utilise the best treatment options available. Countries with higher health insurance penetration have people with higher life expectancy. Health insurance allows people to be self-sufficient. They can pay for the expenses on their own, without being dependent on anyone or digging into their savings. It helps them lead a respectable and dignified life.

Providing sustainable employment is the duty of every responsible industry. As of June 30 last year, the insurance industry—both life and general—employ more than 30 lakh people directly or indirectly. Wherever insurance penetration is low, these figures will go up with the increase in awareness, making it one of the biggest industries in terms of the number of employees.

I truly believe insurance is a good social cause. As a customer, even if you do not submit a claim, your small contribution in terms of premium is helping people pick up broken pieces and reestablish something that they have lost. By opting for insurance, you secure not only yourself, but others as well.