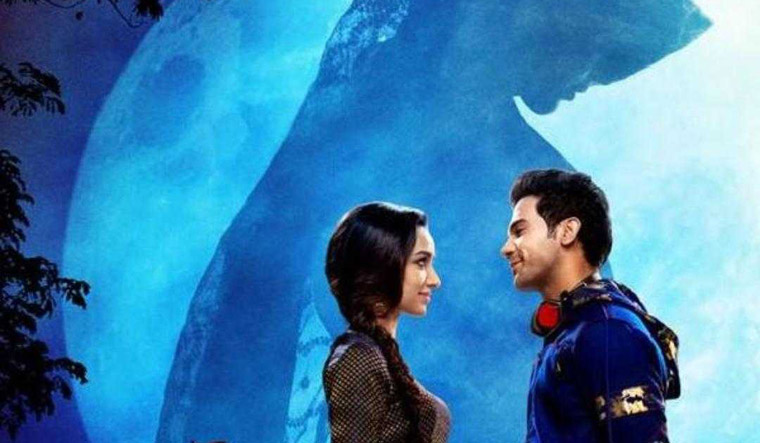 At the entrance of the theatre where I would be watching Stree, its lead actor (Rajkummar Rao) indulges in harmless banter with curious bystanders, while also fulfilling selfie requests. Then, someone talks about his versatility and his courage to choose a horror film this time. He clarifies, it is a horror comedy. In an industry famous for making horror films that unintentionally turn funny, the deliberate effort to make a horror comedy is refreshing.

And the best part about the film is that it effortlessly pulls out comedy, especially when it makes fun of clichéd notions of the genre, the appearance of ghosts and even on the often-used means of exorcism. Most of the jokes land, too. Thanks to some really well-written dialogues by Sumit Arora, and the story by Raj and DK (who previously stood out with their zombie comedy Go Goa Gone).

Stree, as the disclaimer at the beginning of the movie says, is based on “some ridiculous phenomenon” that happened in Chanderi, a village in central India where the story is based. The men in the film are under threat during a four-day festival celebrated annually in the village, by a female ghost, aptly named stree (woman). As the movie unfolds, the folklore is unravelled. A prostitute, many moons ago, was denied her conjugal rights by the narrow-mindedness that prevailed in the village. During the four days of celebration, she returns to avenge what was done to her. She picks up men from the village and strips them before taking them away. Many men in the village disappear through the days of festivities.

The only way to stop her is to paint the four magical words, O Stree Kal Aana (Oh lady, come tomorrow), with a concoction made of bat flesh, cow urine and crow eggs. The moment that sign is erased, the ghost is up to her job. It is amusing to have a spirit who not just reads but also obediently follows instructions. She also has a method—she calls out the man’s name three times, that means she is aware of who’s who too, and only if the man turns and looks her in the eye, does she pick him up. Here’s a ghost who is working on consent. And it is hilarious when the film’s lead, Vicky (Rajkummar Rao), addresses the peculiarity of the ghost haunting his village. Rao’s inimitable style (that keeps reminding you of his act in Bareilly Ki Barfi) makes it mostly funnier, occasionally over-the-top. 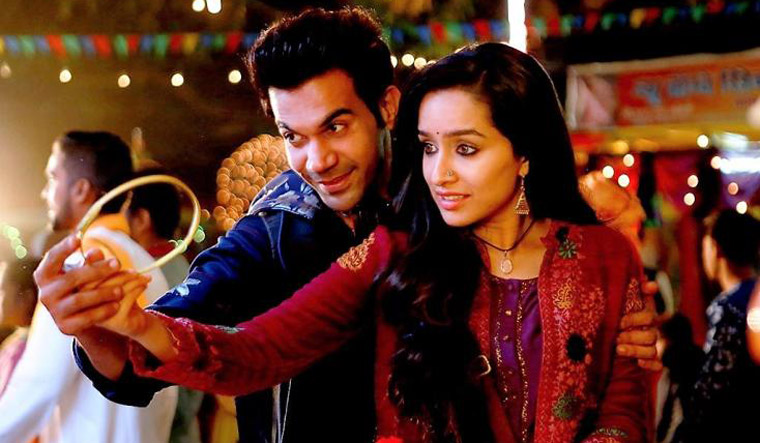 Vicky is Chanderi’s Manish Malhotra; his father (an in-form Atul Shrivastava) describes him as bhagwan ka darzi rupi avatar (god’s incarnation as a tailor). He is hopelessly in love with an unnamed woman (an expressionless Shraddha Kapoor) who he sees only during the four days when the festivities/haunting are on. A village boy with a modern outlook isn’t affected by the happenings in the village, neither does he buy into the whole story of the stree, till one of his closest friends, the nerdy and harmless Jana (a superlative Abhishek Banerjee) becomes the victim.

While Vicky is blinded by love, the third friend, Bittu (Aparshakti Khurana, who too is in form and comical) doubts the woman who has been seen by nobody but Vicky. He wonders if she could be Stree. Vicky only starts to believe it after the disappearance of Jana. The excellent Pankaj Tripathi as Rudra, a book store owner and a self-confessed expert on the issue, join the friends to rescue Jana and unravel the mystery of stree.

Tripathi’s comedy is well-timed and his flourish as an actor evident through the second half of the movie. Unfortunately, we get to see very little in the first half, which is also unnecessarily dominated by songs that serve no purpose in taking the story forward. It also, in turn, hampers the pace of the film.

The film’s strength is also in its camerawork that’s sharp, and leads to some sincere jump scares. It begins eerily in a sleepy village with a long shot that takes you through the village. The background score is jarring and overdone occasionally, but director Amar Kaushik along with DOP Amalendu Chaudhary, have been successful in creating a setting that, when required, has the uncanniness of horror and swiftly moves to the chaos that’s funny.

That apart, the film gives you many reasons throughout to believe that it is going to raise a point about the social structure mostly dominated by men, and women who are often ostracised. It makes you believe that by the end of the film, it’s going to draw a point on the subversive commentary on the status of women in the society. However, it seems a failed attempt, at least in being able to draw the point home, creating contradictory plot points. What it does is create 127 minutes of madness with some top-notch actors who you believe have had fun. That’s what you enjoy, too. And the fact that the comedy in the film is self-aware, making the experimentation with the less-explored genre in Hindi cinema a successful one.