The stars shine, but the movie fails to meet expectations 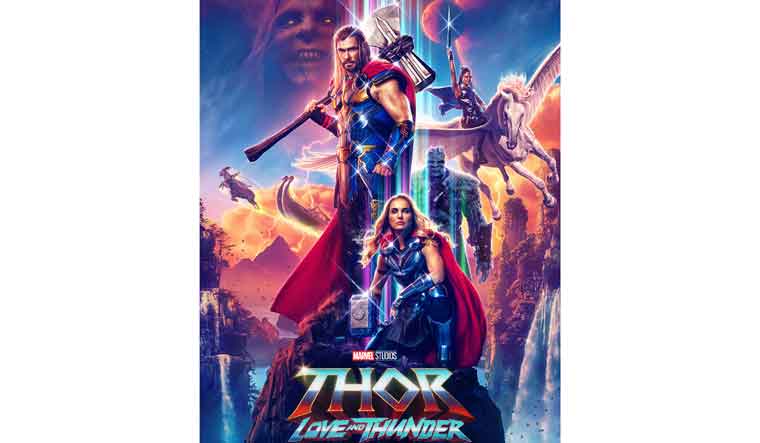 It is known. Marvel does not make the best movies. But, the films in the Marvel Cinematic Universe have generally been entertaining. Thor: Love and Thunder almost tries too hard to entertain.

In the process, what could easily have been the best of the four Thor movies nearly fails to remain engaging. There are a few genuinely funny moments, but there are many more forced jokes which don't really land.

Too much time is spent on explaining or reminiscing about events from the past. The intention seems to be to make the story easier to follow for those who may not have watched the earlier movies. But, this makes it boring for those who have watched them. Matt Damon reprises his cameo as an Asgardian stage actor, but his scenes, totally irrelevant to the plot, were unnecessarily dragged out.

The action is good. Natalie Portman's wielding of the hammer had unexpected variety. The visuals are stunning, as always. The music is good and a homage to the 1980s. It could be said that there is too much music from Guns N' Roses, but it works.

Despite the success in aspects like fight choreography and cinematography, the movie is salvaged largely by the fine performances. Christian Bale steals the show whenever he comes on screen as the haunting, and haunted, Gorr the God Butcher.

Chris Hemsworth has managed to reinvent Thor once more. And Hemsworth and the creators deserve credit for the way the character has evolved since its first appearance in Thor (2011).

Portman's Jane Foster finally gets her due. The subtle ways in which her powers and fighting style as the Mighty Thor have been differentiated from Thor are worthy of a special mention. It was not an easy task and Marvel has pulled it off, with style.

The rom-com-style treatment of parts of the movie helps to take Hemsworth and Portman's chemistry to the next level. However, a montage of the duo's past relationship, though engaging, does not seem to fit into the timeline established by past movies. Tessa Thompson as Valkyrie has some good moments early on, but fades in the second half. Russell Crowe's appearance as Zeus is largely forgettable.

Overall, the movie is not unmissable. But, for those planning to watch it, going to the cinema hall would definitely be a better experience than streaming it at home.