'Godzilla Vs Kong' review: It takes two to tango

The visual effects are simply superb. Watch it on the biggest screen possible 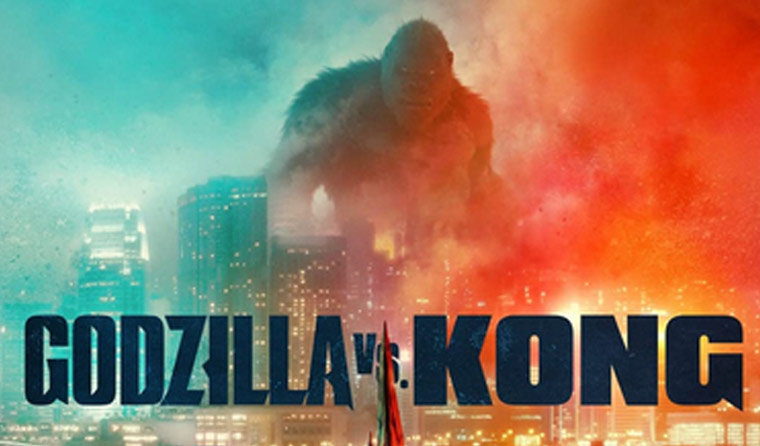 It takes two to tango. This is the message Kong and Godzilla have taken upon themselves to relay through Godzilla Vs Kong.

Man Vs nature and good Vs evil are themes largely explored in several movies, including the Jurassic Park series. Godzilla Vs Kong does not fall under any such broad categories—it is centred around the theme of coexistence. Neither Godzilla nor Kong can be labelled as good or bad. The movie simply portrays what two alpha predators might do when they come face-to-face.

The movie, directed by Adam Wingard, the fourth installment in the 'MonsterVerse', follows the journey of Kong and his carers, who want to find a safe place for the giant gorilla. En route, Kong finds himself facing an enraged Godzilla.

One need not watch any of the older Kong or Godzilla movies to enjoy this monster showdown. The only reference to the previous films is in the form of Millie Bobby Brown, who plays Emma and Mark Russell's daughter Madison Russell. Emma Russell, played by Vera Farmiga, was the antagonist in the 2019 Godzilla film. This reference and Demián Bichir's portrayal as Walter Simmons, an entrepreneur who wants to put humans at the apex of the natural order, brings us to the question of how much can man manipulate nature for his gain? And how wise would it be to do so?

Godzilla Vs Kong does live up to the hype. Watch the movie on the biggest screen possible, simply for the action sequences. It is easily one of the best monster showdowns in recent times. Camerawork by Ben Seresin is superb, so are the special effects. The movie, in short, is a visual treat, despite the predictable second half.

The human element in the story seems a bit fuddled, but it does not overwhelm the main plot. The comic relief provided by Brian Tyree Henry and Julian Dennison portraying Bernie and Josh is passable. Rebecca Hall as Ilene Andrews shines, while Kaylee Hottle as Jia, a girl who shares a unique bond with Kong tugs at your heartstrings. Character arcs of Millie Bobby Brown, who plays Emma Russell and her father Mark Russell played by Kyle Chandler could have been better. The storyline moves quickly enough to keep you on the edge of your seat.