'Bad Boys for Life' review: The buddy cop franchise gets a worthy revival

For fans of the franchise, and the genre, Bad Boys for Life, is an engaging watch 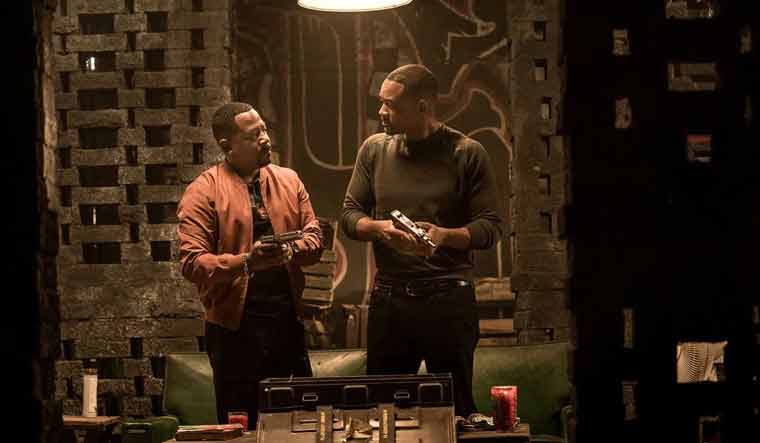 Bad Boys for Life | via IMDb

Michael Bay’s directorial career debuted with 1995’s Bad Boys, a buddy cop flick that had nothing new to offer over previous films in the genre like Lethal Weapon and Beverly Hills Cop. But what made the film so memorable after all these years, that it still gets a new installment, was the film’s lead heroes, Mike Lowery (Will Smith) and Marcus Burnett (Martin Lawrence) and their on-screen chemistry. They brought to life the exploits of the mafia-hunting cops who steer through gunshots, bomb explosions and all the hooplas of a Michael Bay flick.

In the third entry in the long-dormant buddy cop franchise, titled Bad Boys for Life, Belgian director duo Adil El Arbi and Bilall Fallah look to bank on the popularity of the on-screen detective duo to recreate their camaraderie, all while keeping in mind that reviving the story of an aging duo, both on and off screen, will not ensure that this may go on for the next ten years. Some franchises are used to following this pattern—producing a sequel every two years with the formulaic narrative and redundancy. And no, I am not mentioning the Fast and Furious franchise.

In the Bad Boys for Life, Mike Lowery and Marcus Burnett continue their escapades chasing criminals. For Burnett, his life is happier than ever with the birth of his first grandchild. Lowery’s life as a bachelor irks his longtime partner, who constantly coaxes his friend to “fall in love” and get a new life. In the opening minutes, a parallel series of events show a mobster and his nefarious mother set out to settle some old scores. Lowery and Burnett embark to confront these threats, with the aid of a specialised, well-armed and technologically-superior AMMO, a division in Miami PD that consists of ambitious youngsters and Lowery’s ex.

Bad Boys for Life works where Bad Boys 2 did not. The new flick has all the explosiveness that Bay’s films had—car chases, ear-deafening shootouts and whatnot. But here, in this new installment, we have a deeper and emotional insight into the lives of the lead characters. We see the duo struggling with the probability of a retirement that could send them home for good anytime soon. Martin Lawrence’s Burnett is the one who seems to be enthusiastic about the new phase in their lives, while Smith’s Lowery remains apprehensive. One plus point in the film is the script writers’ attempt to consider their aging protagonists. At one point, when the team sets out to a drug peddler’s base for surveillance, we see Will Smith’s character trying to come in terms with the new technological advancements that the AMMO possesses, often quipping that he himself was enough for pulling off the operation.

Bad Boys for Life offers nothing different from other movies in the genre, as far as the narrative is concerned. Yet, it is more humane and emotional than its predecessors (Bad Boys and Bad Boys 2). The action sequences are easily forgettable and are more cacophonous than thrilling. Will Smith takes centre stage in the film, in the finesse we are used to seeing, as Martin Lawrence’s role is reduced to that of an about-to-be-washed-up cop, who is forced to go on duty again as his friend’s life hangs in the balance. As for the other characters, played by Vanessa Hudgens, Paola Núñez, Alexander Ludwig and Charles Melton, their screen time is less and hence, seemed like additions that could have been done away with. The plot of the mother and son who seek to exact revenge is well-established by the writers and Jacob Scipio and Kate del Castillo, who portray them, have managed to pull off their performances.

For fans of the franchise, and the genre, Bad Boys for Life, is an engaging watch. They get to see their favorite duo reunite after 17 years and the makers have done their best to not disappoint them. Adil and Bilall rise one step higher than Michael Bay in executing an action-heavy script with the required amount of humanity, sensitivity and, of course, humour. Bad Boys for Life is a worthy installment that revives a franchise which had for long been in dormancy. Yet, for a normal moviegoer who happens to chance upon the film, the movie strikes nothing new than the occasional action, gunshots, explosions and high-octane car chases.