OnePlus 10T: Some changes and some omissions

Here's what it gets right and what it doesn’t 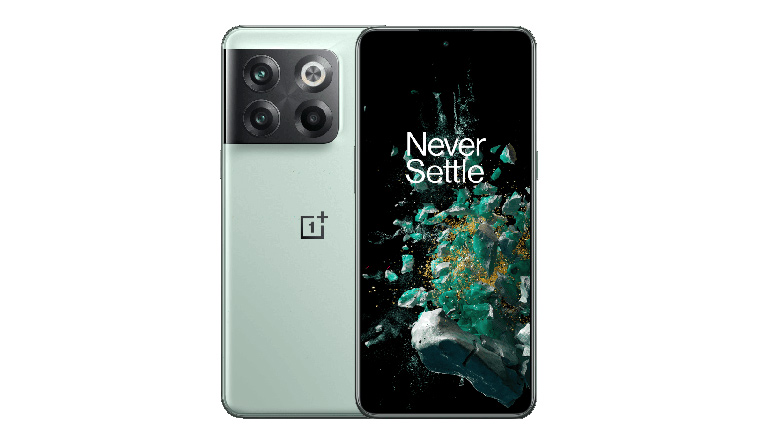 OnePlus has been releasing more phones in the last 15 months or so than its usual frequency, and the OnePlus 10T is another example of that. The 10T, contrary to what the name might suggest, isn’t exactly a successor to the OnePlus 10 series. Its base price as Rs. 49,999 an has a lot of competitors to face through. Let’s see what it gets right and what it doesn’t.

• OnePlus’ 10T sports a 6.7-inch (2412x1080) 20.1:19 aspect ratio AMOLED display (not curved) that supports 120Hz refresh rate and HDR10+ for videos. The display here is really nice and sharp to look at. The company has been coming out with really vivid and highly responsive displays on their phones of late and the 10T shows that. Though it isn’t the sharpest display by resolution from the OnePlus line-up by any means, it does a fine job with its output of full HD videos including in HDR whenever you play one. Using it under direct sunlight with brightness cranked up is fine, though the 10 series handled outdoors use a little better.

• The device is powered by Qualcomm’s Snapdragon 8+ Gen 1 chipset (octa-core and up to 3Ghz clockspeed, Adreno 730 GPU and X65 5G modem). This high-end chipset is coupled with 12GB LPDDR5 RAM (comes in 8GB and 16GB variants) and 256GB UFS3.1 storage. The phone handles regular tasks and gaming without too many hiccups. Apps open and close quickly, so does the camera app, games can be played at their highest settings most of the time and there’ doesn’t seem to be too much throttling going on.

• It runs on OxygenOS12.1 based on Android 12 with the July security patch. There aren’t many differences here from previous OnePlus devices in the past 12 months. During my usage, the device got 3 updates within the first few days, with mostly software and fingerprint related issues getting fixed. Previously, we saw some scrolling issues within OxygenOS randomly every once in a while, but this time it seems to have been somewhat fixed, it isn’t all gone the frequency of it happening is much lower now.

• The 10T sports a triple rear camera system – 50MP (f/1.8) main camera, an 8MP (f//2.2) ultrawide camera and a 2MP (f/2.4) macro camera. The phone’s main camera can really take sharp and detailed shots, even in low light the performance is actually not that bad. With its OIS support, the phone ca handle taking shots on the go better than OnePlus’ budget offerings for sure but it’s hard to say if it really outshines the competition. The phone can take 4K60FPS videos and that’s where the phone can heat up a bit when used outdoors, especially. The camera app, on the other hand, is responsive and quite straight forward to use, though it has a lot of options for you choose from, Night Scape and

Tilt Shift are worth trying among other modes. The front-facing 16MP camera can take good selfie shots but its HDR mode can produce shots that appear too artificial at times

• As is the case with a lot of OnePlus devices, the battery experience is top notch. The 10T comes with a 160watt charger in the box, yup, it is quite heavy for a phone, but with the phone’s 150watt SuperVOOC charging support, it charges the phone from 1% to full in under an hour. Mind you it’s a 4,800 mAh battery (smaller than the 10 Pro) unit, which isn’t too big by today’s standards, but it still can’t be called small. The phone lasts about a day more often than not – brightness set at 35%, two Email Accounts in sync, a lot of videos and Web browsing. Even during charging, it only heated up a bit but to no alarming levels

As per the company, the phone sports something called a CMF design. The rear has curved edges that make holding the device comfortable and yet the devise isn’t too slippery. The bezels around the screen are slim and almost symmetrical, the bottom border is slightly broader than the top one. The phone weighs just slightly above 200 grams and measures around 6.5 inches in height, so it isn’t really a compact phone but you already knew what you’re getting into considering that display size. There’s Gorilla Glass on the front and the back but the back tends to get a lot of smudges, which aren’t too noticeable at first but once you look a little closely you would realise it catches fingerprints and

smudges frequently (Jade Green model). The punchole for the front-facing camera is in the top middle part with a not-so-big footprint

• Under-screen fingerprint scanner works okay, but still doesn’t quite beat a physical scanner. It is quite fast and relatively reliable compared to its counterparts seen on the Google

• The phone is missing several things from the package that you might expect from a OnePlus Android device with a Rs. 50,000 price tag: there’s no wireless induction charging, no alert slider this time and no official Ip rating for dust or water resistance, though during my usage, the phone can withstand minor drops and splashes of water just fine. Alert slider, especially, something quite known about OnePlus among Android OEMs. As per the company, internal space usage to accommodate 15 individual antennas is the reason for its omission this time. OnePlus also didn’t go with the Hasselblad partnership and branding, something I liked onthe OnePlus 10 Pro was taking shots using the Hasselblad camera preset. Another angle for cost-cutting seems to be the USB type C port, which is USB 2.0 (slower than 3.0) Wrapping it up, the OnePlus 10T is brings a few changes and a few deletions from the 10 series. It performs really well on the performance, display and battery fronts, but a lot of people may not prefer its bulky design and omission of a feature like alert slider (for existing OnePlus users) or wireless induction charging. On its own, the phone comes out as a good performer at Rs. 50,000 but perhaps not a clear winner considering the competition it takes on – iQoo 9T, realme GT 2 Pro and Samsung Galaxy S21 FE.