Voice-enabled infrared remote control for your home appliances and devices 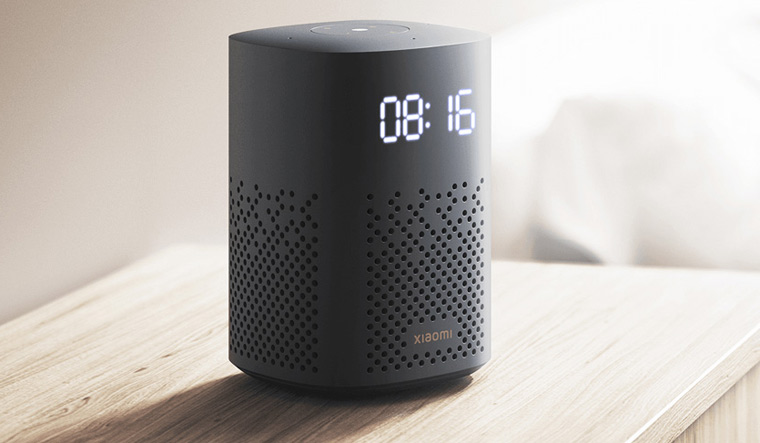 Xiaomi isn’t necessarily known for its audio products. TVs? Yup. Smartphones? Absolutely. But the company has been in the audio products category for quite a while – neckband earphones, wired earphones and Bluetooth speakers. With their new Smart Speaker, we have a new product from Xiaomi that is not only a Google Assistant smart speaker but also an infrared controller for your other devices. Let’s see if this proves worth the Rs. 5,000 price tag.

The Xiaomi Smart Speaker (IR Control) measures around 5.6 inches in height and weighs under 650 grams. It’s compact enough to be put up anywhere in your room – center table, corner table, under your TV etc. The speaker has two mics (with far field voice support) and four touch buttons (for music and volume controls) on the top along with a big One-Dot LED in the middle. The speakers’ vents are on all four sides in the bottom half. On the front, you have the Xiaomi branding, while the back has the power DC input. The bottom has four little rubber feat that lift the speaker just slightly. The front houses white LEDs for the digital clock (and for greeting Hello when you power the device on). The LEDs have adaptive brightness making them dim when the speaker has not been given any new command in a while or when you’re away from the speaker. The plastic material on the device does catch a lot of dust and you might have to wipe it clean every now and then. In the box, other than the speaker, you get the hardwired 12v power adapter and user manuals.

Or setting the speaker up, you need to use the Google Home app or both Android and iOS. The initial setup is straight-forward. For more granular controls, you can install the Xiaomi Home app and pair it with your device. and for pairing with it, you would need to reset the speaker. The speaker catches the “Okay, Google” command quite frequently but of course, with some music on at a relatively high volume, you will have to say the it a little louder.

The speaker can be connected with another device over Chromecast and Bluetooth. Be it your smartphone, tablet or a smart TV. Plenty of music apps, too, support casting for music playback. or just regular playback over Bluetooth. The speaker also supports Bluetooth 5.0, which isn’t the very latest protocol, but it isn’t exactly too old or lacking in any many major ways. Coming to the audio, the Xiaomi Smart Speaker sports a 1.5-inch mono speaker. For stereo output, you would have to connect another unit. The audio output from the speaker is not bad at all, especially considering its size and price. Bass boost is fairly decent, while balance with highs and mids are okay, too. At times, highs can get a little mushy with mids. Overall, the sound quality is decent, not too great, but not bad either for the price tag.

The speaker itself has four infrared sensors on it for controlling your home appliances and devices. With the Mi Home app, you can configure to control some appliances using the smart speaker. Think of it as a voice-enabled infrared remote control for your appliances. The app, though a bit buggy when initially setting it up, has many brands listed under different appliances. Once added, you can use the speaker via the app (with the remote-control configuration), to control your appliance such as TV or air conditioner that are usually controlled over infrared.

All in all, the Xiaomi Smart Speaker does a good job of doing what it’s supposed to – be a smart speaker that pairs with your other connected devices and can control your old appliances, too. The

sound quality, which doesn’t seem to be its biggest strength, is not bad though not too great either. But for the price tag and overall performance it delivers, you’re getting a good smart package for your room.