Vivo X80 review with pros and cons: Should you buy it?

It has an excellent set of cameras, decent looks and highly customizable software 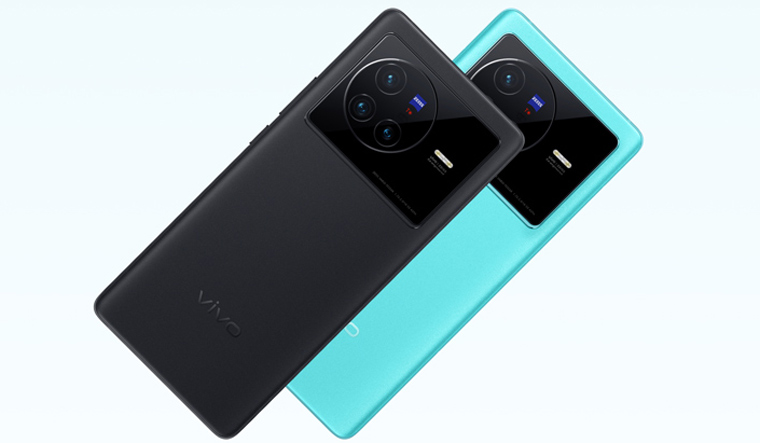 Vivo’s X series is the company camera-centric flagship series that showcases what’s the latest and greatest Vivo has to offer. The X80 comes at an interesting price point of Rs. 54,999 for the base model and Rs. 59,999 for the beefier variant that we tried, where it looks to take on the flagships while being priced much higher than the usual premium-mid range segment. Does it do any justice to it? Let’s try and find out.

The Vivo X80 weighs a little over 200 grams and is a tall and wide smartphone than most you might have tried. It features a curved 6.78-inch full HD+ AMOLED display (that also houses the fingerprint scanner and front-facing camera in the centre-placed punchhole), a 4,500 mAh battery (combined together, hence the bulkiness), along with a triple camera setup on the back, occupying about one-third of the entire rear, which is glass but in a nice matte finish that doesn’t attract smudges and feels nice in the hand, too. The Power and volume keys on the right side have a good feel to them and don’t require too much force to press. The bottom houses the USB Type C, SIM card tray, primary mic, and loudspeakers. The top has “Professional Photography” embed on it along with the secondary mic and an Infrared emitter. Both the top and bottom parts are somewhat flat that go well with the curved edges on the front.

The display on the phone is a 6.78-inch 2400×1080 AMOLED. You can change the colour temperature and profile from Settings. The default mode is quite punchy and in-line with what Vivo often offers. The AMOLED display is sharp, has nice right black levels and does a really nice job of displaying high resolution videos and images. It supports 120Hz refresh rate, which definitely shined through in gaming and scrolling in supported apps. The curved edges, though, can be a little awkward to deal with at times, with accidental touches and also being reflective, though the display is otherwise usable under direct sunlight. Oh, and the display can get a lot of smudges on it pretty quickly, but IP53 rating means you can clean it with a quick splash under running water.

The phone sports a triple camera system – 50MP (f/1.75) main camera (with OIS), 12MP (f/1.98) telephoto camera and 12MP (f/2.0) ultrawide camera. There’s also a dual LED flash and laser focus. The phone also carries Vivo’s V1 imaging chip along with Zeiss T coating The camera is done in partnership with Zeiss – not just for the hardware but software as well. There’s a ZEISS mode in the camera app that tones down colour punchiness and takes photos in how the Zeiss team would prefer it. The device can shoot in 1080p and 4K at 60FPS. The photography experience on the X80 is top notch. The camera app has so many options other than the usual filters and styles, whether it’s different stabilization or double exposure, but at the same time, if you don’t wanna fiddle much, the app is not daunting to use and doesn’t show any responsiveness issue either. Photos from the camera are really sharpl, well coloured and do a decent job of handling harsh conditions, too. The 2x optical zoom actually works well even in low light, but if you zoom in just a little more, you miss out on details significantly. The cameras focus quite quickly and can produce good shots with the subject moving, though you might want to try different modes under stabilization. The front-facing 32 MP camera does a nice job of taking selfie shots even in low light scenes. You can choose from different modes, such as AI Group Portrait to see which one suits your surroundings. The photos look sharp, have decent contrast but they can have a bit of artificial skin tones, which is quite common these days in phone cameras.

The phone is powered by MediaTek’s Dimensity 9000 chipset (octa-core) along with 12GB of RAM, and comes with 256GB of UFS3.1 storage. It runs on Android 12-based FunTouch OS 12. The device handles day to day tasks and even gaming really well. It can handle multiple apps opened at once in floating windows just fine. The software is highly customizable. You can change themes, charging animations, fingerprint scanner animations, and so on. You can choose to have an app launcher or to have all your apps on Homescreens. The app drawer also has widgets located with a swipe, neatly done. You can also change the UI colour palette and wallpaper shades. But the software does have its share of bugs, such as notifications at times aren’t accessible. When swiped down, the notification pane doesn’t show anything despite some pending notifications, though this happened rarely. Also, the fingerprint scanner isn’t the most reliable and the quickest we have seen. At this price point, something this vital to the experience is expected to perform considerably better. Even the face unlock is generally fine but it has its hits and misses in the same environments, even Vivo’s own X60 had it a little better. Heating wasn’t a huge issue, but the phone tends to heat up a bit, though not alarmingly hot, after a quick charge or gaming session.

The X80 boasts a 4,500 mAh battery unit and comes with an 80watt charger in the box. The phone lasted almost a day more often than not. The phone charges from 1% to full in about 50 minutes, and to 75% in about 25 minutes, with the SuperVooc charging technology in place.

The phone’s call quality, WiFi performance and network reception are top notch. Latching on to 4G LTE+ and VoWiFi worked as well as expected. The stereo speakers on the bottom and ear-grille are quite loud but not as punchy to be useful for every kind of YouTube video or video playback. The pair is not too bad, but not excellent either.

All in all, the Vivo X80 does have its pros and cons, especially considering the price tag. The device has an excellent set of cameras, decent looks, highly customizable software that has a couple of bugs appearing rarely, a sharp and big display and a reliable battery life. With its offerings, the phone can make its space in mid-high budget segment, though the likes of OnePlus and Samsung do have their compelling offerings that you might want to check, too.