It has depth, clarity as well as sharpness on the treble 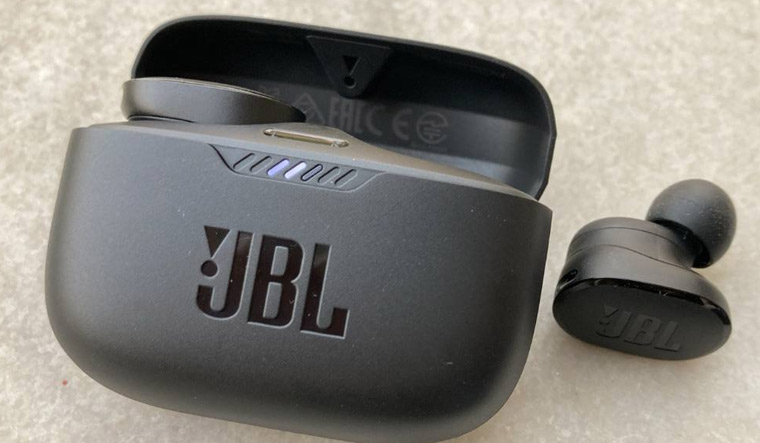 The budget segment in the true wireless earbuds (TWS) market has seen a lot of names and new launches in the past 2 years or so. From smartphone companies like Lava, Oppo, OnePlus and Realme, to audio-related names such as Jabra, SoundCore and now JBL. The JBL 130 NC starts at Rs. 4,999 and comes with some interesting features. Let’s try and see if the pair is worth the price tag. JBL’s Tune 130 NC comes in a plastic black charging case, a short USB type C to type A charging cable, three extra ear tips of different sizes, and of course the buds themselves. The charging + carrying case is quite familiar from many other earbuds cases that we have seen so far. There’s JBL branding on the front, right next to the White LED that indicates charging and how much battery if left; while the rear sports the USB type C port. This port could have been located at the bottom for a somewhat neater placement, but it’s not a big deal. The buds place and fit really nicely in the case, and have no sound or creek when carried in it. The buds also have JBL branding across them; the paid follow a bean-like design with touch controls on them.'

As soon as you take out the earbuds from the case, they pair up with your Android device (with its Bluetooth switched on, of course), thanks to the support for Google Fast Pair. As soon as you pair, the notification pane shows battery status for both buds as well as for the case. For iOS, you would have to manually connect from Settings, but it works fine. The earbuds fit quite nicely and don’t often require having to adjust them in the ear or check whether each side is properly fitted or not. They may not be ideal for running, but otherwise they didn’t cause any issue as far fitting in the ear is concerned. The earbuds, both of them, have touch controls on the exterior side – the left earbud allows you to switch on or off noise cancellation and ambient mode, tap twice for talk-through mode, and a double tap for answering and ending calls. The right earbud can change tracks with a triple tap. Holding touch switches on voice assistant. You can choose which voice assistant you would like by installing its app on your device attached the earbuds. On an Android device, it would by default take Google Assistant and pair with your Google Account at the first try. Talk-through mode lowers your volume so you can talk with others around you; while ambient mode allows noise around you to get through to you.

Regarding its audio performance, the JBL Tune 130 NC have a 10mm drivers with support for AAC and SBC codecs (but no aptX), and compatible with Bluetooth 5.2. The sound quality on these is quite bass heavy and more on the neutral side otherwise. They handle lows fine, but can be a little distorting for high pitch when used at the highest volume. The paid handles several genres including rock, rap and acoustic just fine, perhaps better than many of its peer do at this price range. It has depth, clarity as well as sharpness on the treble (not everybody’s liking), though it could might have performed a little better when it comes to overall definition. As far as active noise cancelation (ANC) goes, the pair pretty much repeats what we have seen from wireless buds at this price range – not quite up to the mark. There’s a decent bit of difference between ANC on and off for background noise, but the noise cancellation isn’t that impressive, even less so when out in public or commuting.

If that’s your only reason for looking at this pair, you might want to keep your search on, but if sound quality from wireless buds at this price segment is your goal, it’s hits the target more often than not. Battery life on the Tune 130 NC is probably the best part about it. With ANC switched off, it gave nearly 9 hours from the earbuds, add charging case and around 26-27 hours of playback, which is impressive. With ANC switched on, subtract about 3-4 hours each from your playback, still not bad. The case supports fast charging with a 33watt charger, charging in about an hour or so.