Football gaming giant FIFA is back, with fancy footwork and spectacular goals

The world is a scary place, complete with inept political leaders and lethal viruses. But, there are a few things you can still count on. Like Electronic Arts releasing a new version of FIFA every year. The franchise, in its 28th year, is the best-selling sports video game series. The latest iteration, FIFA 21, released on October 9. 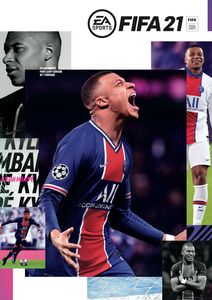 It comes with subtle changes which make a significant difference to the game play. The basic skills (like passing, shooting) reflect the real-world abilities of the players more closely. So, a cross by Trent Alexander-Arnold will be discernibly better than one from your average right-back. Free kicks are more realistic, but hard to master.

Even the not-so-skilled gamer may stumble upon a few cool moves. I got Neymar to juggle and shimmy his way past three defenders and have no idea how I did it. So, the “serious gamers” can rip others to shreds, more so, because the keeper and defence will be shambolic unless the gamer pays real attention to defensive play.

The game modes have all been updated, but none more so than the manager mode—where you can take control of a football club. The FIFA 21 manager mode offers a truly immersive experience; you are involved in everything from transfers to player development, handling the media and, of course, the matches.

There does not seem to be many glitches, but it is too early to say. Hopefully, EA can sort out any problems through constant updates. Also, do not forget to check out the likes of Pele and Maradona, rated 98 and 97 (out of 100), respectively, in the Soccer Aid team made up of legends. If you cannot win with this team, stop playing!