'The Power of the Ballot' review: A comprehensive look at Indian elections

Rich in anecdotes that bring out the peculiarities of elections 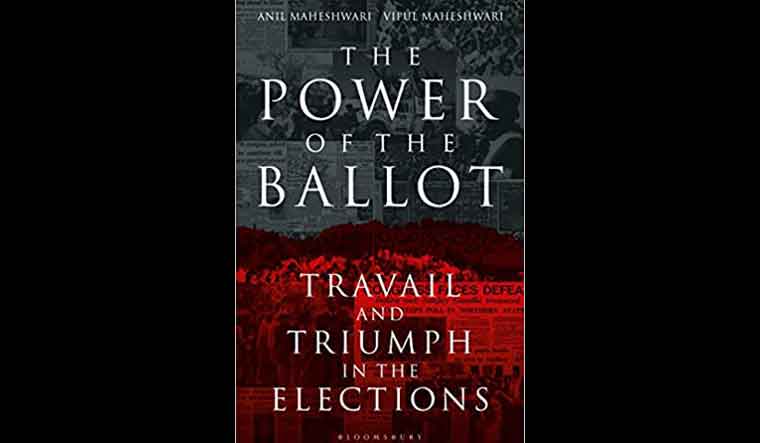 In the 1962 Lok Sabha elections, the Bharatiya Jan Sangh, the progenitor of the Bharatiya Janata Party (BJP), was itself a nascent party. A flour mill owner Suraj Lal Verma approached Jan Sangh leaders in Lucknow for a ticket from the Sitapur constituency. Asked why he wanted to contest the elections, he said an astrologer had predicted his victory in the polls.

The party leaders burst into laughter, but later agreed to give Verma the ticket if he contributed five jeeps and Rs 25,000 in cash to five assembly candidates. The party needed a candidate from Sitapur to contest against Congress' Dinesh Pratap Singh, the Raja of Kasmanda. It also needed funds and resources. But the Jan Sangh failed to check Verma's claim about his assets. After all, he only owned a modest flour mill. Angry party workers snatched Verma's jeep and gave him a mild beating. A rattled Verma went into hiding in Lucknow while the Jan Sangh campaigned for him, often referring to his surname while seeking votes. The Congress ignored Verma as an unimportant candidate, but the people wanted someone from their midst and not a 'Raja'. Verma won by 3,377 votes!

The anecdote is rich in the elements that elections in India are made up of – the reasons for which a person can hope to get a ticket, the importance of caste and community, the voter having the power to belittle the high and mighty and the reliance on astrological predictions.

This is one of the numerous stories narrated by authors Anil Maheshwari and Vipul Maheshwari as they write on the humungous topic of elections in India in their book The Power Of The Ballot – Travail And Triumph In The Elections.

Another example of using an anecdote to bring out the peculiarities of elections in India is the description of the practice in Haryana to weigh candidates against coins. By the 1980s, every candidate, including independents with little chance of winning, was getting weighed against coins. Most of the shows were stage-managed, meant to hoodwink the electorate. An innovative candidate went a step further and got himself weighed against country liquor, which was later served among the audience. Another candidate was weighed against laddoos, which were also distributed amongst the gathering. And a senior minister in the Bansi Lal government is said to have been weighed against stones by angry voters in a village.

The book brings out the colour and the drama involved in Indian elections even as it provides a comprehensive look at the various issues concerning polls in the country – the problem of criminalisation, the role played by money, the doubts expressed about electronic voting machines and the need for electoral reforms.

The Power Of The Ballot – Travail and Triumph In The Elections