Pallavi Aiyar’s 'Orienting: An Indian in Japan' looks beyond cliches

If you plan to head to Japan, or are merely curious about it, this one's for you 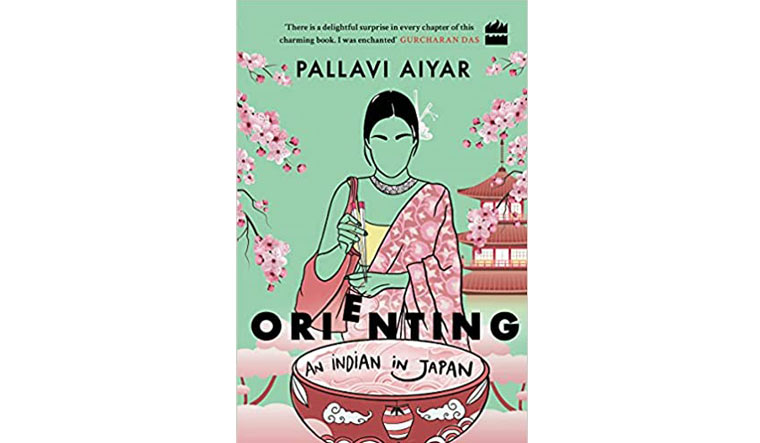 Globe-trotting journalist Pallavi Aiyar’s latest, Orienting: An Indian in Japan, is a travelogue and social commentary rolled into one, and gives a peek into life in Japan.

From socialising norms in the country to tourism, and food etiquette to commentary on the bromance between former Japanese prime minister Shinzo Abe and Narendra Modi, from breezy accounts of her struggle to master the language to the tale of her lost wallet returning intact, Aiyar's accounts will make you laugh, chuckle and grimace. Sample this: Aiyar recalls in shock how she saw a child scream silently when he fell off the swing. She recounts how when she lamented to a friend on perfecting the grammar, her friend simply replied that the bigger problem would be learning to talk softly! And when she showed interest at a bank to apply for a credit card - an opportunity most banks would jump at - the bank politely told her that taking a credit card with them would be inconvenient for her and instead recommended a western bank!

She also touches upon kintsugi or the method of repairing broken ceramics with golden lacquer and wabi-sabi or acceptance of imperfection.

It prepares the Indian traveller for the Japanese hesitancy towards human interaction; how they are sticklers for cleanliness and are, essentially, a hierarchical society. Their penchant for minimalism and disinclination to foreigners notwithstanding, the Japanese were thankful when 'Parabi-san' (Pallavi) liked authentic Japanese food and wasn’t like other foreigners.

The book offers a look into Japan beyond cliches, and tries to be as intrinsic as possible in its take on Japanese culture. If you plan to head to the 'land of the rising sun', or are merely curious about it, this one's for you.

Title: Orientation: An Indian in Japan