'Only the Good Die Young': Perfect sequel to a thriller

The book makes for an interesting standalone read too 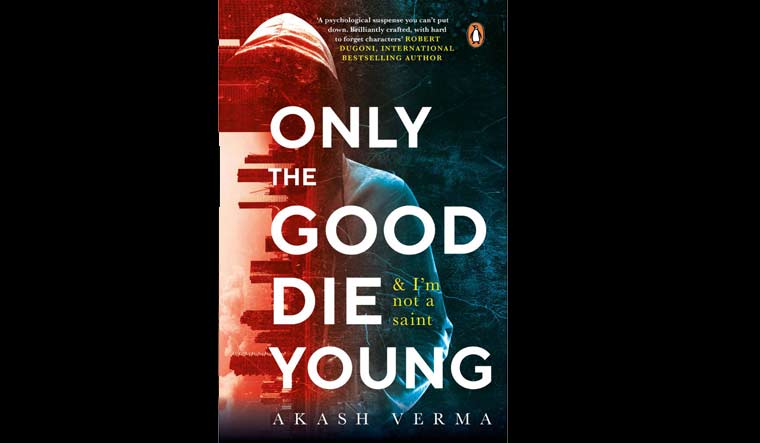 Akash Verma’s Only the Good Die Young comes not far from its predecessor You Never Know, as four years is a relatively short time in a story telling journey. However, if like me, you remember only the broad-brush strokes of the first book or have not read it at all, the book makes for an interesting standalone read too, which is a definite plus.

The book is narrated in large parts by its three main characters. Each of them is flawed. Each is grey. And that is the strength and the weakness of Verma’s characters. They are identifiable but then their tropes can also be just as identifiable.

Characterisation is Verma’s strongest point. The book is set in Lucknow (very briefly when compared to its prequel), Mumbai and Delhi and if you have ever moved around in the circles that Verma locates his characters in, you will be able to take fair guesses about who the physical and/or the character attributes refer to. Some of these can be highly formulated though—the slimy politician or the ad agency head with a reputation.

Verma’s book is the kind you will turn to before a flight (increasingly rare these days though) or on a lazy afternoon. It is a quick read despite the darkness of its main characters. The language is every day. The pace is lightning. From the first page you are plunged into twists, each more convoluted than the earlier one. Some might be stretches of a rich, uncontrolled writer’s imagination taken too far. But as a character in the book says, “The kind of stories he is making up are so far-fetched that they can become serious fodder for Bollywood”— the book is tailor-made for adaptation as a web series or a film.

The greyness of Verma’s characters—the married man in a passionate relationship with a colleague, the professionally successful woman not averse to using a man to avenge herself, the female boss jealous of the attention a younger colleague attracts— comes without any judgements on their moral flaws. He delves into their motivations briefly and in a very matter-of-fact manner.

The story dives right into where the first book ended, without any need to build up a sense of anticipation. The bad (est) character returns to make the woman he once loved pay for his ‘death’. He is not averse to using his old mother to further his ends. As the woman looks for closure and fresh starts, the past of a difficult relationship comes to haunt her even as she gets entangled in another dangerous liaison. Her ex-lover is torn between the need to rebuild his marriage and the attraction, he still feels towards her. It is these lives which collide to create a brisk and ruinous tale.

Though Verma writes in his acknowledgment that the book brings an end to the story of the two main characters (and by extension the third), one cannot but help imagine a further twist in the tale that will keep the story going. And that is the mark of a story well told.

Book: Only the Good Die Young