Review: Ramayana Revisited — An Epic Through A Legal Prism 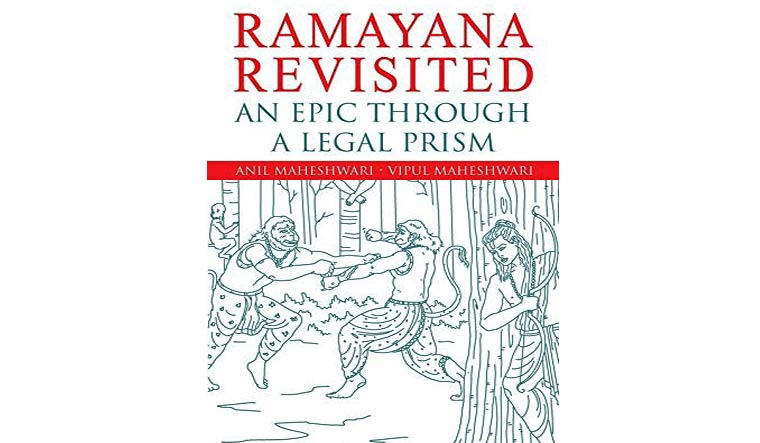 The test of a classic lies in its ability to transcend the limits of time, be retold in a thousand ways and lend itself to myriad interpretations. The Ramayana is a perfect example of this, its numerous versions and retelling is proof of the epic's lofty position in the classical canon.
The mythological classic has been revisited yet again, and this time, it has been analysed using modern jurisprudence and seen through the lens of the Indian Penal Code.

Senior journalist Anil Maheshwari and his nephew Vipul Maheshwari, a lawyer in the Supreme Court, have undertaken an innovative exercise of narrating the Ramayana through the processes provided by modern legal systems.
'amayana Revisited – An Epic Through A Legal Prism presents various situations and debates in the epic through the modern legal set up. For example, the book discusses the case of Manthara, Queen Kaikeyi's attendant, and argues if she is guilty of treason on account of her role in the banishment of Rama from Ayodhya, which eventually resulted in the untimely death of King Dashratha.

The case against the hunchbacked retainer and confidante of Queen Kaikeyi is argued in the format of modern court proceedings, and her defence is also presented. The prosecution seeks suitable punishment against Manthara for conspiring against the state and abetting the death of King Dashratha. Her defence counsel, however, argues that she is not responsible for King Dashtratha's demise. “There needs to be an act intending towards death or an intention of causing bodily harm that could result in death to be liable for murder u/s 302 or culpable homicide not amounting to murder u/s 304 of the IPC. This kind of causation is too remote to be punishable,” is Manthara's defence.

There is an interesting look at the story of Ahalya, and it is debated whether she is an adulteress or a victim of sexual assault. Ahalya points out that her marriage with Sage Gautama was illegal as she was a child when she got married. “Such a marriage is prohibited under law. Second, Sage Gautama shouldn't have agreed to marry me as he had raised me as his child.”

On the abandonment of Sita by Rama, the book states that he should have, in fact, punished the dhobi who had raised questions about her fidelity. It says that the launderer should have been punished for rumour-mongering under the defamation law.


Ramayana Revisited – An Epic Through A Legal Prism