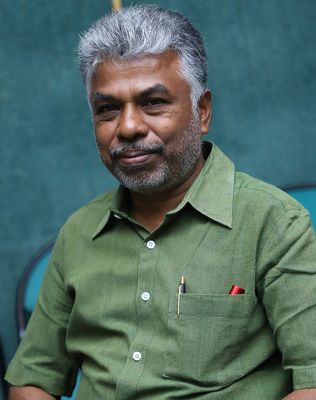 Some of the errors that might creep into a novel, writes Perumal Murugan in the foreword of Estuary, include elaborate, hazy descriptions. Then he goes on to admit that he has deliberately indulged in repetitions and long descriptions in this new book. “And it does give me some excitement to make these errors,” he writes. “One could call it deviant to be excited by errors.”

Five years ago, Murugan had to declare his writing “dead”, and urged readers to burn his book after right-wing Hindu outfits and caste groups hounded him for his novel One-Part Woman (2010). The novel’s depiction of extramarital sex during a religious festival, where childless women were allowed to sleep with other men to be able to conceive, was seen as an insult to women and the temple deity. The public outcry over it forced Murugan into literary exile. In July 2016, the Madras High Court cleared him of all “criminal” charges. Since then, Murugan has released a novel—Poonachi: Or The Story Of A Black Goat—and poems under Songs of a Coward. This July, his debut novel, Rising Heat—written when he was 25 in 1991—was translated into English from Tamil and released.

Now, in the middle of a pandemic, the prolific writer of six novels, four anthologies of short stories and poems each, has released Estuary. In the book, Murugan departs from his decades-long preoccupation with caste violence and the rural milieu. It is a heart-warming tale of a bittersweet father-son relationship told through the prism of technology and its disruptions, and how it shapes the values and aspirations of the urban middle class. Murugan has employed satire ever so gently to prod the reader into the impostures of cram schools, the fitness industry, smartphones, social networks, art appreciation and political manipulation.

Set in ‘Asuralokam’ where everyone’s name is suffixed with the word asura, the story opens with Kumarasurar trying to make a phone call to his only son who is studying engineering away from home. Kumarasurar is used to the monosyllabic, demi-syllabic or quarter-syllabic answers of his teenage son and always wonders what he can do to be as normal and chatty with his son as his wife is. One night, Kumarasurar is elated to see that his son had tried to call him multiple times. His joy fades when he learns that he had called to demand a phone that costs more than Rs50,000. Kumarasurar, who has held one government job all his life, is now in a quandary: how to politely refuse the unreasonable demand of his only child.

The touching character portrait of Kumarasurar is the best thing about the book. One can completely empathise with this lonely man whose son thinks he is incredibly naive and whose wife is only worried about the happiness of the child. Endearing and funny, Kumarasurar shines as a community poet, always ready with a verse for every occasion. His incurable love for free vadas at Gluttony Vilas and his banter with his three close friends are some of the happiest passages in the book. The college hunt for the son assumes ludicrous proportions, as Murugan sets out to pan the manufacturing aesthetic of colleges that sell MNC dreams to gullible parents and extract every penny from them.

Estuary is a breezy, giggly, extremely tender homage to the simpler ways and values of life, forever lost to the depredations of technology and professional growth. 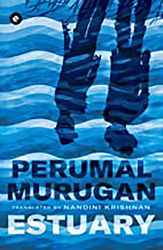 Published by Eka
(Imprint of Westland)