To Kill a Man is a relevant, gripping thriller in a year of American elections 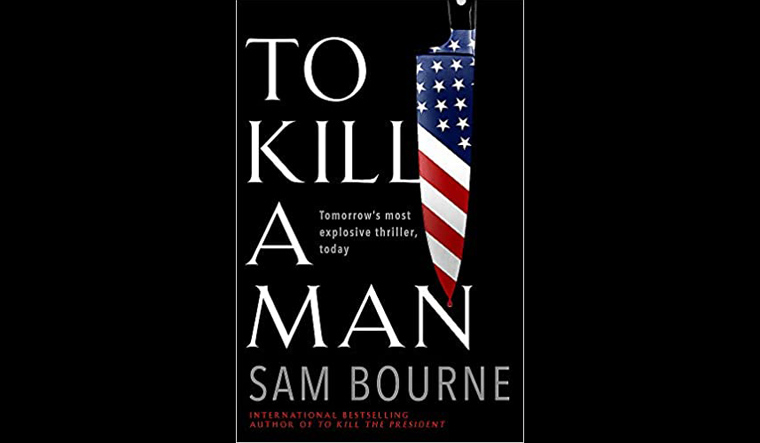 British journalist Jonathan Saul Freedland, who moonlights as a mystery author, is out with a new title, To Kill A Man. Part of the Maggie Costello series, it comes right after To Kill the President (2017) and To Kill the Truth (2019). The political thriller weaves in cultural currents like the #MeToo movement and aspects of the underbelly of the internet, aside from a hefty dose of campaigning in high-stakes Washington DC.

When a prominent lawyer, Natasha Winthrop, is sexually assaulted and immobilized by a masked intruder in her house, there is no way to prevent a big political scandal. Winthrop is well known for her work with the House Intelligence committee and was tipped for running for President of the United States. In what might appear as an act of self-defence, Winthrop kills her assailant at the time of the assault. The case, predictably, is torn asunder in broad daylight by the media and the public at large, with politicians plotting to score their own little victories. Soon top-notch political trouble-shooter Maggie Costello is roped in to save Winthrop's career. But as the case unravels in the full public glare, inconsistencies start to emerge.

The able Costello is committed to her client and is desperate to find that one piece of redeeming evidence which will easily prove her innocence, even as the American nation furiously and ravenously debates Winthrop's guilt and innocence. But, Costello is also grappling with her own doubts about Winthrop—her claims and motives amidst approaching dates for announcing election candidates and a swarm of political sharks closing in. Exactly who is Natasha Winthrop and how much does she really know her attacker? This is the central force of the cat-and-mouse mystery underpinning the book.

To Kill a Man is a relevant, gripping thriller to pick up in a year of American elections. With a compelling plot, it keeps the reader racing through the pages. The author explores America's political system through a tale of mystery and intrigue and how the road to the highest political seat is fraught with a series of pitiless, wrenching episodes and misdemeanours. The ways and means in which Costello tries to salvage the reputation of Winthrop offer some of the most exciting portions in the book on the shenanigans of modern American politics.

Maggie Costello appears in five of Bourne's previous thrillers. While somewhat connected to other Maggie Costello books, To Kill a Man stands on its own, requiring no previous knowledge of the events gone by. The clever book is a thrilling read this year.

To Kill A Man by Sam Bourne