History may have begun to judge former Prime Minister Manmohan Singh kindly. As the economy takes a hit, many are looking to what the economist-turned politician, who was blamed for indecision during the last few years of his tenure, has to prescribe. A new book, by his long-time associate Montek Singh Ahluwalia, gives a peek into how Singh steered the country for 10 years and unleashed economic reforms that shaped current India.

Ahluwalia, the former planning commission deputy chairman, has for long shared a common economic vision and a love for blue turbans with the former prime minister. Backstage—The Story behind India’s High Growth Years charts Ahluwalia’s journey as an economist and a bureaucrat since he left his cushy World Bank job in 1979 in Washington, DC, to return home. Ahluwalia makes it clear that it is not his memoir. But his intimate and understated style makes the book immensely readable.

He says his aim was to help India break out of its low growth trajectory and, thereby, help the poor. It was in June 1990 that he penned a policy paper for Prime Minister V.P. Singh on restructuring India’s industrial, trade and fiscal policy, which later became a debating point as he talked about liberalising the economy. Though Ahluwalia never publicly took credit for the paper, it came to be known as the ‘M Document’. A year later, when Manmohan Singh became finance minister in the Narasimha Rao government, many of these policy interventions were formally adopted.

While the book narrates the success stories of the UPA rule, be it poverty reduction or food security, it is also the first authoritative account of what went wrong during the last three years, when the government was marred by corruption scandals.

He explains the government’s position on issues such as the 2G spectrum allocation—he says the CAG’s faulty calculation of loss led to a negative narrative against the government, which intensified after Rahul Gandhi tore the ordinance, brought to save convicted legislators, when Manmohan was on a visit to the US. This exposed an important fault line, writes Ahluwalia.

He recalls how Manmohan reacted when shown a scathing piece the former’s brother, Sanjeev, had written. “He read it in silence and, at first, made no comment. Then, he suddenly, asked me whether I thought he should resign,” he writes. Ahluwalia advised against it.

He also makes a key observation, which has recently been the bane of the Congress—the lack of an effective communication strategy. The Congress never took credit for poverty reduction, nor did it put it forward during elections. Manmohan’s communication strategists, too, could not devise means to deal with the BJP onslaught. “I raised the issue with him informally at one stage. The PM said he has already explained his position in the Rajya Sabha,” Ahluwalia writes. This was a crucial mistake in the age of social media. The BJP rules social media; its foot soldiers propagate Prime Minister Narendra Modi’s policies, an advantage Manmohan Singh never had. 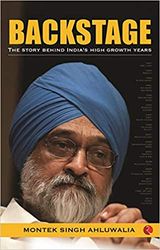 The soft-spoken Ahluwalia ends his book with his prescription for the economy, and by analysing the Modi government’s six-year term. He calls it: “Beginning with a bang and ending with a whimper.”