Of cricket, captains, and leadership skills 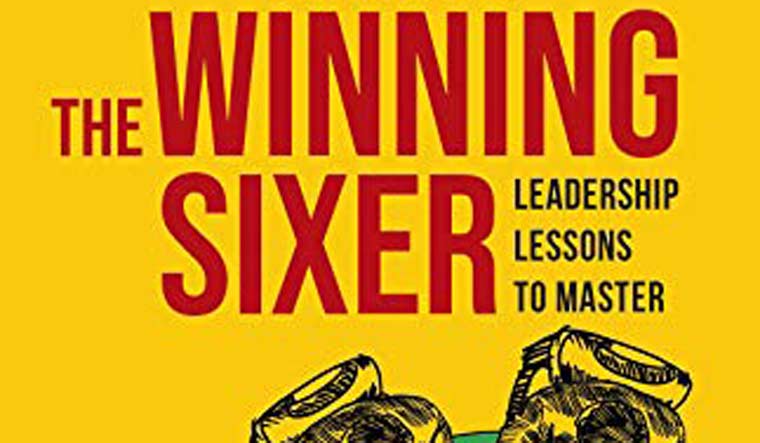 No, don't judge the book by its name alone. Those who thought that 'The Winning Sixer—Leadership Lessons to Master', authored by W.V. Raman, former India opener and currently head coach of the Indian women's cricket team, is just another book about cricket are in for a surprise. For, the author blends his vast experience as player and coach to bring out a book on leadership lessons that is both relatable and engaging.

With 'The Winning Sixer', Raman has hit another sixer, explaining the nuances of leadership skills through examples from cricket instead of resorting to boring jargon and big words.

Raman is a man with a wry sense of humour and quick repartee, and you will find the book smattered with the same. The book is in the form of conversations between Raman and his journalist friend Ramesh Kanan, who is set to take up a leadership role in his new job and has many questions regarding the challenges posed to a team leader and how to deal with them.

Captains like Tiger Pataudi, Sourav Ganguly, M.S. Dhoni, Virat Kohli has had their own set of leadership skills which reflected on their approach to the game. However, what does it take to be an exceptional team captain? Who according to Raman are the best captains in Indian cricket, especially in the vast domestic landscape? The book answers these questions and more.

He cites examples of not just Indian cricketers, but cricketing legends from other countries as well to explain his definitions of leadership, motivation, team building, determination, clarity, focus and vision. Raman reveals in detail what made West Indies's Clive Loyd and Australia's Alan Border exceptional captains. One of their main qualities was self-sacrifice—they placed the team before self. He talks of how Border, as the captain of the unfancied Australian team marshalled it to win the 1987 World Cup. Border did not allow the players to have even a sip of beer 48 hours before one match. Such was the focus and determination the captain brought in. Those were not days of Yo-Yo tests and team curfews, and under such circumstances to stay away from their most cherished drink was a big ask of all players.

Raman is a self-effacing, low profile cricketer who has worked silently to make champions out of teams and players. In his book, he gives a detailed insight into how he instilled self-belief in Tamil Nadu player and India all-rounder Vijay Shankar, which saw him being a surprise pick in the squad for the 2019 World Cup. There are many more invaluable nuggets and instances in the book. He has watched keenly how players develop to graduate into greats, Team India players. He has even observed how some fall by the wayside after showing much promise. But this is not a book on Indian cricket. Its about all the things that make you a better professional and leader.

Hailing from the times when there weren't many formalities between players and journalists or hyper player managers, Raman has many journalist friends with whom he has strong bonds. Conversations with him are not only about cricket but on a wide ranging subjects outside it—films, music, current affairs, books, and other sports. His journalist friend in the book who asks him numerous questions on a range of wide subjects involving leadership is indeed curious. But is he for real? Take a guess.