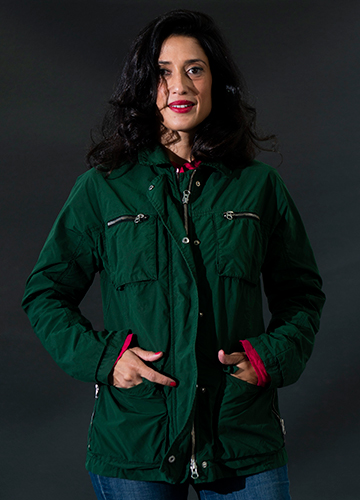 FROM COCA COLA, blue jeans and rock ‘n’ roll to Star Wars, disco and soap operas, America’s stranglehold on global popular culture has been steadfast since World War II. American pop culture—with its superpower prestige, inherent coolness and libertine and flashy appeal—spoke to aspirational classes around the world. It first hypnotised the third world’s elite and, eventually, cast its spell on the rising middle class of the global South.

Maybe not for much longer. There is now a disparate, yet vast, pop culture movement that threatens to subsume this gharbzadegi, a rather derogatory Persian term for being enamoured with western culture. From Bollywood to K-pop and Turkish soap operas, eastern pop culture going international poses the biggest challenge yet to America’s ‘soft power’ hegemony since World War II.

“Plummeting American prestige, the belated rediscovery that local cultures are valuable in and of themselves, and the rise of classes with different tastes and backgrounds emerging out of the turbulence of globalisation have marginalised the old guard of ‘Westoxified’ elites and created a vast new landscape of cultural power,” writes Fatima Bhutto in her latest book, New Kings of the World. Yup, the same talented scion of Pakistan’s de-facto political first family, whose previous works include Songs of Blood and Sword, a book on her father’s life and assassination.The subject of that book may seem vastly different from this one, yet, at some level, they intersect on the plane of geopolitics, social upheaval and changing mores.

Bhutto attributes this shifting of the cultural axis to rapid urbanisation and globalisation, not all of it happening cross-border. For example, she painstakingly details how urbanisation has impacted Bollywood, the post-independence idealism of Raj Kapoor giving way to the cynicism of the ‘Angry Young Man’. And how the fall of the Soviet Union and the end of the Cold War led to an unabashed worship of nouveau riche and neo-liberal ideals in Indian entertainment. “If you have a BMW, neo-liberal Bollywood seemed to suggest, you can do whatever you want,” she writes.

Though a lion’s share of the book is devoted to Bollywood—Bhutto even travels to faraway Lima, in South America, to meet kids enamoured by Shah Rukh Khan and Bollywood dances—she also delves into other eastern trends surfacing in this Netflix era. Specifically, the rising popularity of Turkish soap operas or dizi and Korean pop music (K-Pop).

While the in-depth focus on these three pop culture phenomena is welcome, the book does not encompass the full scope of ‘eastern pop culture’, which it claims to. Then why no mention of Chinese cinema, Japanese anime, middle-eastern pop or internet stars from other eastern countries? Even Indian pop culture does not extend beyond Bollywood, with no reference to regional voices or other forms of art and entertainment. Widening its scope could have raised this lucid read into a cultural lodestar for future reference. 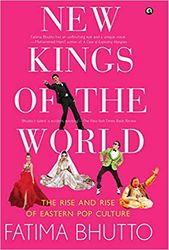 NEW KINGS OF THE WORLD