Climate change: The kids are alright 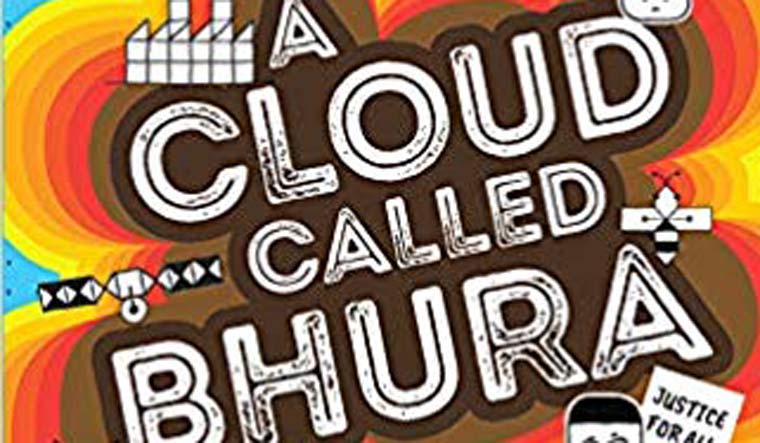 It is January 6 and the air quality index in Mumbai is a rotten 149. Amni, 12, is terribly late for school after a fitful night of sleep, thanks to a strange concoction of coffee ice cream and khus soda. Hurriedly stuffing her school bag with textbooks and diary, apart from Shabnam Minwalla Bird-Sense and the latest edition of Sanctuary Asia, Amni looks out of the windowsill of her 21st floor house. The regulation 'piece of sky', pigeons "roosting and pooping", and the mango-less mango tree are not to be seen.

Instead, "a brown cloud glowered in the sky, whirling like a top." Amni had never seen anything quite like this "swirling mass of sooty greys, muddy browns, burnt yellows, gases that collided violently and restlessly into each other". It is possibly the brownest cloud anyone has ever known. The hyperventilating newscaster calls it 'Bhura Cloudus', much to the annoyance of Amni. The grownups around her certainly do not seem to have things under control. And this murky brown monster is out to choke the life out of every living thing.

How will Amni and her friends Mithil, Tammy and Andrew join forces and drive out this gaseous colossus from their beloved city?

To find out, you need to get a copy of 'A Cloud Called Bhura', published last month by Speaking Tiger's children's and young adult imprint Talking Cub. This delightfully simple and rousing piece of fiction is a much needed primer on the looming climate crisis—a wake-up call by the young who are going to bear the brunt of climate change apathy and denial.

On September 21, the United Nations Headquarters in New York is hosting the Youth Climate Summit where young leaders from around the world have gathered to drive action and showcase solutions. Some 100 green champions have been chosen by the UN and offered “green tickets” to join 500 young climate leaders in this first-ever summit which is taking place at a time when young climate activists in 150 countries are demanding an end to the use of fossil fuels in a week-long Global Climate Strike, ending September 27. Greta Thunberg, the 16-year-old climate activist from Sweden, has become the ubiquitous face of the increasingly vocal youth, awakening around climate change in the last one year. To reach New York last month, Thunberg sailed across the Atlantic in a zero-emissions sailboat. On Friday, she commanded a crowd 2.5 lakh demonstrators at Battery Park in New York.

Bijal Vachharajani, senior editor of Pratham Books and author of 'A Cloud Called Bhura' spoke about the need to prop up new heroes for children on the sidelines of Neev Children's Literature Festival in Bengaluru, “Greta Thunberg and her counterparts across the world are truly climate champions. They are inspiring a generation of young adults and children, while reminding grownups that change can happen,” says Vachharajani, who has also written a non-fiction book on climate science 'So You Want To Know About the Environment', an explainer offering actions and observations to young readers.

How will her latest book on the ominous brown cloud help young climate warriors in India? Says Vachharajani “'A Cloud Called Bhura' is inspired by the children I have met, who have been staunch defenders of wildlife and the environment. My school and bookstore visits constantly reinforce my belief that children listen, challenge and ask questions. And then they agree that they want to change things...plus there are so many heroes, like Greta Thunberg, who are already paving the way. So the kids are alright.”