The making of a goddess

Kumartuli, the home of master artists who craft Durga idols, comes alive in the book 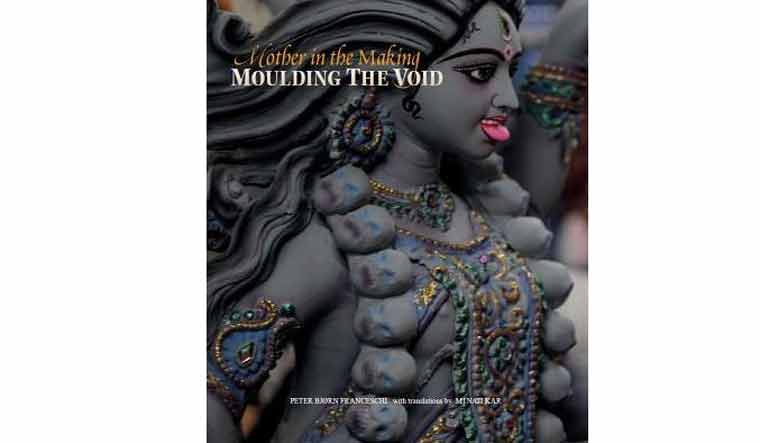 The fertility cults, in which female deities held a dominant position, were widespread across many ancient civilisations. The terracotta figurines of the female deities excavated from the Indus valley civilisation sites gave the evidence that India also had a well-evolved tradition of worshipping the Mother Goddess, even 5,000 years before. Female deities of pre-Vedic civilisations found their way to early Vedic pantheon, too. In Rig Veda one finds Goddess Aditi, who is revered as the mother of Gods and the mother-womb of the universe. Surya, the Sun goddess; Prithvi, the earth goddess, and Saraswati, the goddess of knowledge, were the other main female deities in the Vedas.

The late Vedic ages saw a decline in the prominence of female deities. However, they reappeared in epic and puranic literature and hence to the development of Sakta (followers of Sakti cult) system. Durga, the warrior goddess who has her roots in the tribal-peasant culture, and Kali, the black, usually naked Goddess with long hair, emerge during late epic period and early medieval period (around 600CE).

The Devi, the primordial Sakti [power], represents the energising force of the universe. In West Bengal, the Devi is worshipped during the festival of Durga Puja, every autumn. And, Danish scholar Peter Bjorn Franceschi's book Mother in the Making—Moulding the Void is a visual diary of 192 photographs, of the making of the clay idols of Devi for Durga Puja. Edited by Andrea Loseries, the book takes the reader through the various stages of making of the idol. The incredible collection of photographs in the book are accompanied with verses from Sankaracharya's Saundaryalahari. Translated by Minati Kar, the poetic descriptions take the reader to the philosophical and artistic aspects of the divinity of Goddess Durga.

Kumartuli, the home of master artists who craft the idols of the Devi, comes alive in the book. Moreover, it shows how the devotion is deeply engraved in India's artistic psyche.

Moulding the Void: Mother in the Making