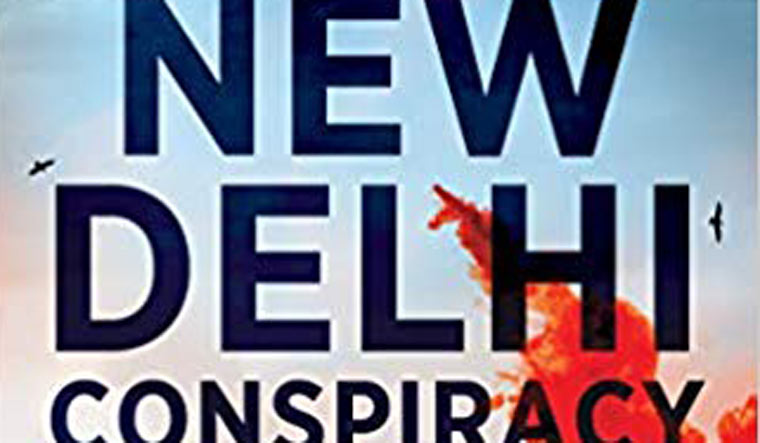 One would be hard-pressed to find writer-politicians dabbling in fiction. When they do flesh out novels, it is hard for readers to refrain from imagining real life parallels of characters and events described in the book.

BJP MP Meenakshi Lekhi's debut fiction 'The New Delhi Conspiracy', written in collaboration with Krishna Kumar, also lends itself to mirroring since it is drawn from her immediate habitat—"posh Khan market", "Lutyens' media", a well-known academic and public intellectual addressing students at "Jan Nayak University", an intrepid reporter from "Newshungry.com", chants of "RaMo! RaMo!" issuing from a devoted crowd for prime minister Raghav Mohan. The protagonist in this political crime thriller is also a woman politician. Like Lekhi herself? If the compulsive chase to nab an "assassin on a diabolical mission" doesn't suck you in, the guessing game to place people and places is reason enough to pick up The New Delhi Conspiracy.

A scientist is knocked off right in front of politician Vedika Khanna's house, and the dying man's last few words leave her completely unsettled. It is about a probable threat to the life of the most important man in the country, the prime minister himself. Khanna, the popular, fiery politician "with an enviable star power" joins forces with a bright and ambitious journalist (Shreya) and cyber expert (Kartik) to undertake a dangerous mission to thwart a national security disaster waiting to unfold. How they unravel and undo knots and hitches, from the corridors of power in Delhi to the soaring towers of Hong Kong and the inner recesses of Tibetan monasteries, is the story behind the book jacket emblazoned with a view of Connaught Place.

The book is a swift read and the action picks up in short, succinct chapters. In her first attempt at writing fiction, Lekhi's promising descriptive abilities are sufficiently on display. Lekhi is also a practising lawyer, with years of experience in taxation and criminal law. She is also a prolific writer is various magazines and newspapers. Hence, the story is peopled with political strategists, industry and business leaders and editor-chairpersons of newspapers and private TV channels. Her co-writer, Krishna Kumar, works with the Lok Sabha Secretariat whose first novel was 'Democracy 2.0', published in 2014.

Like a disclaimer in a movie, Lekhi has said that any real-life resemblances in the book are pure fiction. Race through this story of "politics, intrigue...and a deadly plot" without the usual props of cynicism and over-analysis.