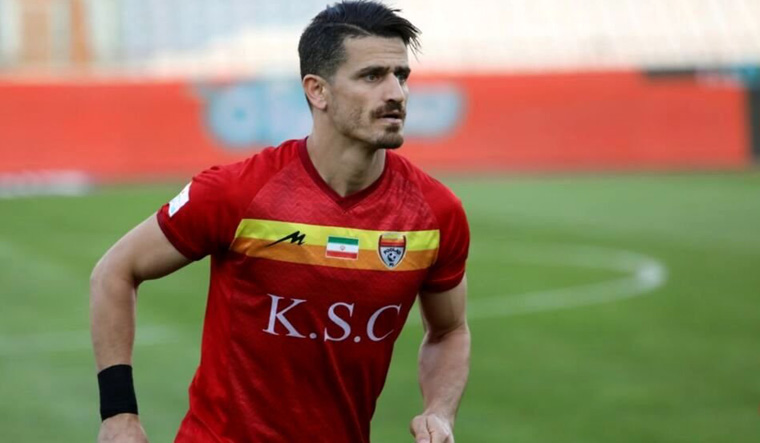 Voria Ghafouri, a former member of Iran's national soccer team has been arrested for criticizing the government.

The semi-official Fars and Tasnim news agencies reported on Thursday that he was arrested for insulting the national soccer team, which is currently playing in the World Cup, and criticizing the government.

Ghafouri, who was not chosen to go to the World Cup, has been an outspoken critic of Iranian authorities and policies throughout his career.

Iran has been convulsed by anti-government protests for more than two months, the biggest challenge to its Islamic theocracy in more than a decade.

In Iran, security forces have violently cracked down on demonstrations triggered by the death of a 22-year-old woman allegedly in the custody of morality police who was arrested for not wearing her hijab properly. At least 419 people got killed in the crackdown, according to Human Rights Activists in Iran, a group that has been monitoring the protests.

The unrest was spurred by the September 16 death of 22-year-old Mahsa Amini in the custody of the country's morality police. It first focused on the state-mandated hijab, or headscarf, for women, but has since morphed into one of the most serious threats to the Islamic Republic since the chaotic years following its founding.