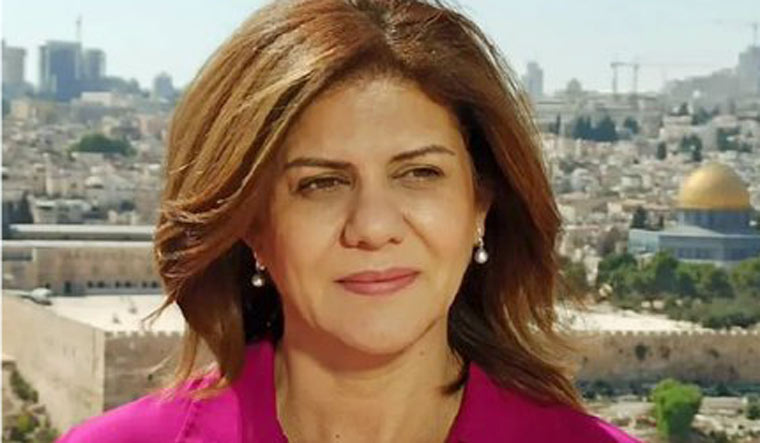 Israel said it will not cooperate in the US' external investigation into the killing of the Palestinian American journalist Shireen Abu Akleh by the Israeli army. Israel's Defence Minister Benny Gantz told the Guardian the investigation is an “interference in Israel’s internal affairs” and said he “made it clear to the American representatives that we stand behind the IDF (Israel defence forces) soldiers, that we will not cooperate with any external investigation”.

Shireen, the Palestinian-American correspondent was covering a raid in the occupied West Bank in May when she was shot in the head. According to an eyewitness, there is a 'high probability' she was killed by an Israeli soldier, BBC reported. At the time of her killing, she was wearing a helmet and blue flak jacket marked with the word "press".

The FBI investigation comes months after the Al Jazeera journalist's family pressurised the Biden administration. Israel's Justice Ministry was informed of the investigation by the US Justice Department.

Jerusalem's refusal to cooperate with the investigation could affect its relationship with Washington. It would also reinforce claims that Israel was trying to cover up Shireen's death as she reported on a military raid on the West Bank city of Jenin.

Shireen, who was born in Jerusalem, was mainly covering the Israel-Palestinian for Al Jazeera.