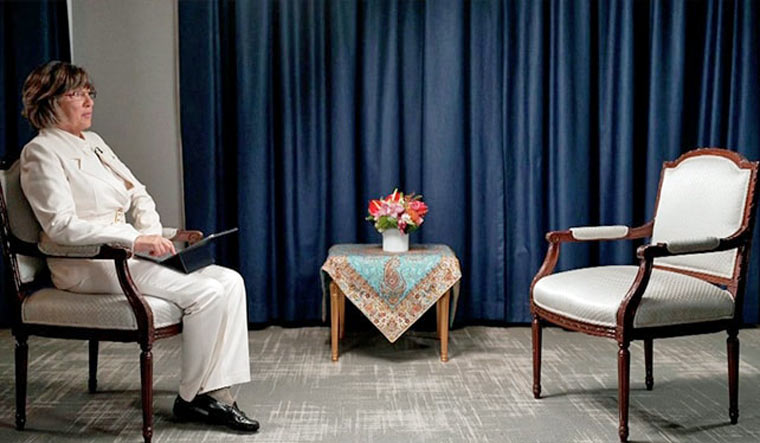 A long-planned interview with Iranian President Ebrahim Raisi was cancelled because the interviewer, veteran journalist Christiane Amanpour refused to wear a hijab or a headscarf. Amanpour tweeted a picture of herself sitting across an empty chair, which would have been filled by Raisi. Amanpour was ready for the interview on the sidelines of the UN General Assembly when an aide insisted she cover her hair.

Amanpour said that she politely declined as the interview was being conducted in New York and there's no “there is no law or tradition regarding headscarves,” the chief international anchor of CNN said. Amanpour also sent out a series of tweets on the incident.

“40 minutes after the interview had been due to start, an aide came over. The president, he said, was suggesting I wear a headscarf because it’s the holy months of Muharram and Safar,” she wrote.

“I politely declined. We are in New York, where there is no law or tradition regarding headscarves. I pointed out that no previous Iranian president has required this when I have interviewed them outside Iran,” she wrote in another tweet. “The aide made it clear that the interview would not happen if I did not wear a headscarf. He said it was “a matter of respect,” and referred to “the situation in Iran” - alluding to the protests sweeping the country. Again, I said that I couldn’t agree to this unprecedented and unexpected condition,” she added.

Amanpour justified her stance by saying that women in Iran are currently burning hijabs in protest. Mahsa Amini, a 22-year-old died while in police custody. She was detained because the police found a fault in her hijab. Amanpour said she had planned to ask the president about this issue and more. Amanpour stood her ground, despite several Twitterati asking her to wear the hijab for the sake of the interview.