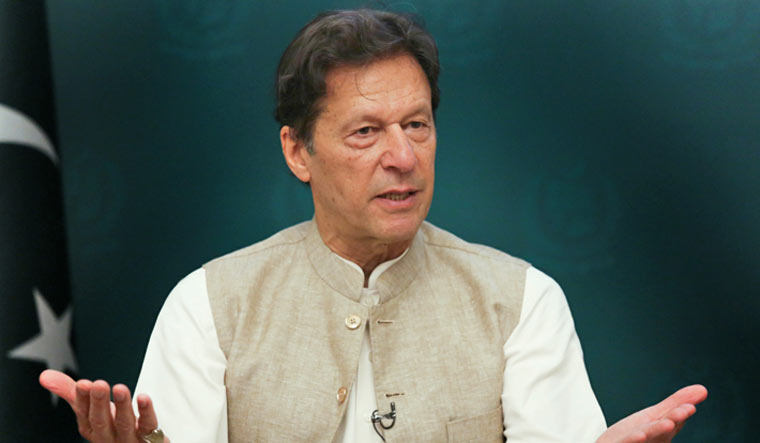 Former Pakistan prime minister has lavished yet another praise on Prime Minister Narendra Modi, comparing him with Pakistan Muslim League (N) supremo Nawaz Sharif on the issue of corruption. Attacking Nawaz, he said "no other leader except Nawaz in the world has properties worth billions", news agency ANI reported. "Tell me about one country whose premier or leader has a billions worth of properties outside the country. Even in our neighbouring country, how many properties does PM Modi has outside India?" he said.

This is not the first time Khan praised India and Modi. Khan had said that this was what his government was working to achieve with the help of an independent foreign policy. Earlier, the Centre had reduced the price of petrol by Rs 9.5 per litre and diesel by Rs 7 per litre.

"Despite being part of the Quad, India sustained pressure from the US and bought discounted Russian oil to provide relief to the masses. This is what our govt was working to achieve with the help of an independent foreign policy," he tweeted.

"For our government, Pakistan's interest was supreme, but, unfortunately, the local Mir Jafars and Mir Sadiqs bowed to external pressure forcing a regime change, and are now running around like a headless chicken with the economy in a tailspin," he said.

Imran Khan had also praised India's "independent" foreign policy in March. He had told his supporters in an election rally that India, which is a part of Quad, has imported oil from Russia despite American sanctions.