Five killed during protests in Iran over Mahsa Amini's death 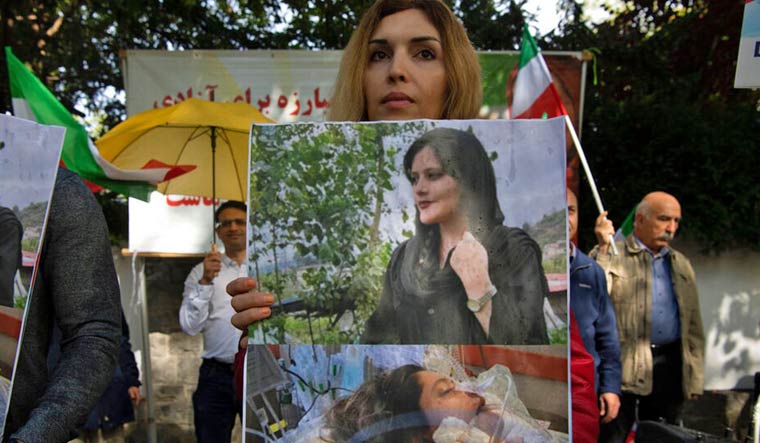 A protester in front of the Iranian embassy in Berlin | AP

Five people died in violent protests over the death of a 22-year-old in police custody. The protests were taking place in Iran's Kurdish region.

Mahsa Amini was detained by the police as they found a fault in her hijab. Amini died in a hospital three days after she went into a coma. She was arrested in Tehran on September 13. Amini was allegedly beaten brutally while in custody. The police have denied the allegations. They said that Amini died of a heart attack.

On Monday, several women chopped off their hair and burned hijabs in protest. Journalist and activist Masih Alinejad shared a video of women cutting their hair on social media. Amini's death has triggered international outrage. The hashtag MahsaAmini has been trending and has nearly two million mentions.

The state's official news agency IRNA reported that several protesters had been arrested, but denied claims of deaths on social media.