The bill authorises $6.5 billion for Taiwan over the next five years 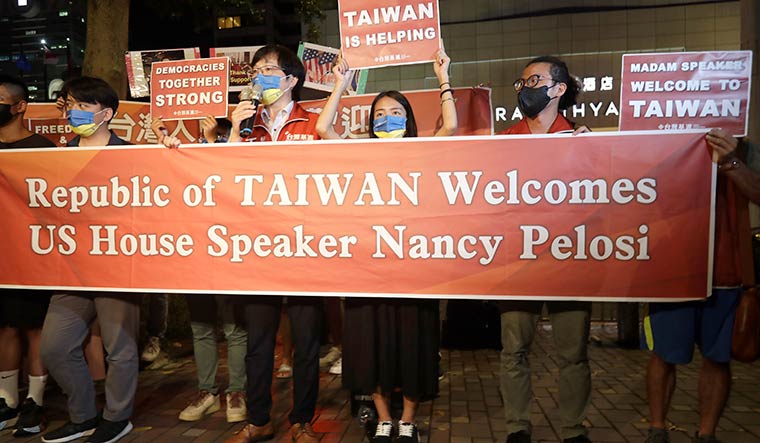 The legislation overhauling the US policy towards Taiwan breezed through the US Senate Foreign Relations Committee on Wednesday despite reservations from certain members of President Joe Biden's administration. The bill, called the Taiwan Policy Act of 2022, authorises $6.5 billion for Taiwan over the next five years.

The legislation that envisages an overhaul of Washington's Taiwan Policy comes amid increasing Chinese belligerence in the Indo-Pacific, especially after House Speaker Nancy Pelosi's controversial visit to the self-governed island.

The legislation was passed by a 17-5 vote after heated discussions and debates which saw democratic senators Brian Schatz of Hawaii, Chris Murphy of Connecticut and Ed Markey of Massachusetts voting against it. Republican Sen. Rand Paul of Kentucky, too, voted against the legislation, reported CNN.

The Taiwan Policy Act will strengthen Taiwan’s defensive capabilities and enhance Washington's ties with Taipei, thereby restructuring the US policy toward the island since the Taiwan Relations Act of 1979.

"If we hope to have a credible deterrence … we need to be clear-eyed about what we are facing,” said Foreign Relations Chair Bob Menendez, who introduced the legislation alongside Sen. Lindsey Graham. "If we don’t crank up our support for Taiwan, there will be a military offensive against Taipei," added Sen. Jeff Merkley.

"If we want to ensure Taiwan has a fighting chance, we must act now," said Senator Jim Risch, the committee's top Republican. He added that any change in the status quo for Taiwan would have "disastrous effects" on the US economy and national security.

The bill now heads to the Senate floor, but it is unclear when it will go for a vote. It is expected to clear both Senate and House, considering the strong bipartisan support.

The provisions in the bill include efforts to promote the security of Taiwan, ensure regional stability, and deter Chinese aggression against Taiwan. The legislation also imposes steep costs on China for hostile action against Taiwan by setting up a broad economic sanctions regime. It will also bolster Taiwan's sovereignty concerning membership in international organisations.

The proposed legislation would designate Taiwan as a "major non-NATO ally" and enable the US to provide weapons "conducive to deterring acts of aggression" by China rather than simply "defensive" weapons.

Earlier the month, the US had approved the sale of arms worth $1.1 billion to Taiwan, a move that triggered China. Beijing had also vehemently opposed the bill when it was introduced in June, saying it would be "compelled to take resolute countermeasures" if Washington took actions that harmed China's interests.

However, the approval of the legislation was welcomed by Taiwan's presidential office, which also thanked the Senate. According to Taiwan, the bill will "help promote the Taiwan-US partnership in many ways", including security and economic cooperation.