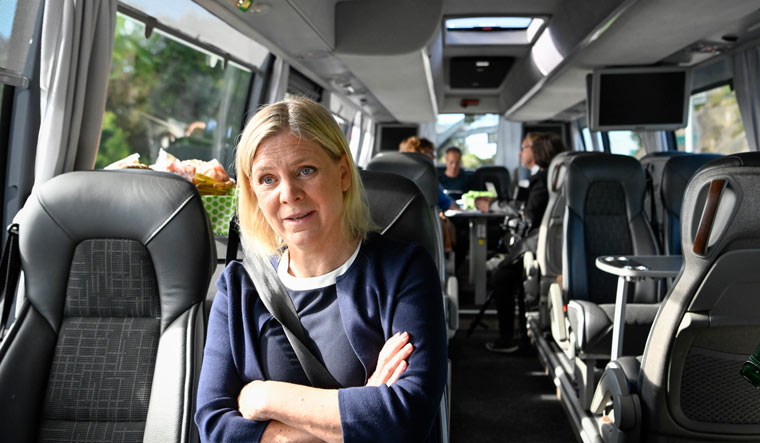 Sweden's centre-left Prime Minister Magdalena Andersson on Wednesday conceded defeat in a weekend election while the leader of a nationalist anti-immigration party declared victory for his right-wing bloc.

Jimmie Akesson, leader of the populist Sweden Democrats, said his party would be a constructive and driving force in this work of rebuilding safety in Sweden. He added, “It was time to put Sweden first.”

With almost all votes counted, the right-wing bloc of four parties that includes the Sweden Democrats, the country's second-largest party appeared to have won a thin majority in parliament. Though a few votes were outstanding they were not enough to sway the final outcome.

The Sweden Democrats party was long shunned by Swedes because of its roots in the neo-Nazi movement. In recent years it has moved into the mainstream by expelling extremists and gained support with a tough stance on crime and immigration amid a rise in shootings and other gang violence.

The result leaves the right-wing bloc with 176 seats in the 349-parliament, the Riksdag, and Andersson's centre-left bloc with 173 seats.

“The four right-wing parties appear to have received just under 50% of the votes in the election, and in the Riksdag, they have gained one or two mandates. A thin majority, but it is a majority," Andersson said. "Tomorrow I will therefore request my dismissal as Prime Minister and the responsibility for the continued process will now pass to the Parliament speaker and the Riksdag,” she added.