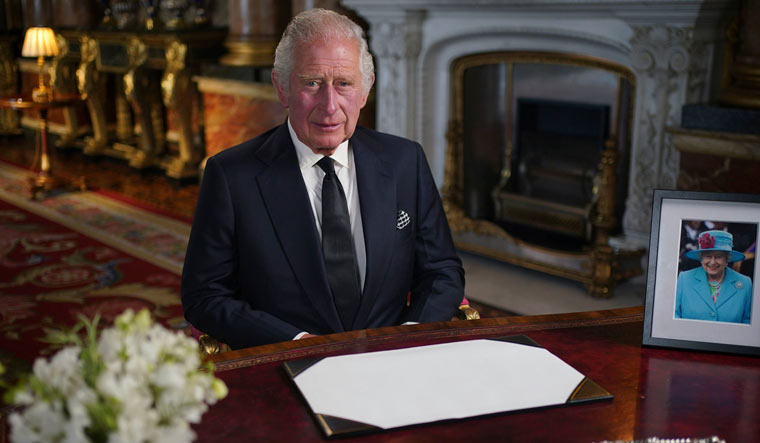 King Charles III says he feels profound sorrow over the death of his mother, Queen Elizabeth II, and is vowing to carry on her lifelong service to the nation.

Charles is making his first address to the nation as monarch Friday. He became king on Thursday after the queen's death.

That promise of lifelong service I renew to all today, he said. He delivered the address with a framed photo on the queen on a desk.

His speech was broadcast on television and streamed at St. Paul's Cathedral, where some 2,000 people were attending a service of remembrance for the queen. Mourners at the service included Prime Minister Liz Truss and members of her government.