Six killed in fire at restaurant in Bangladeshi capital

All the victims were staff members of the hotel 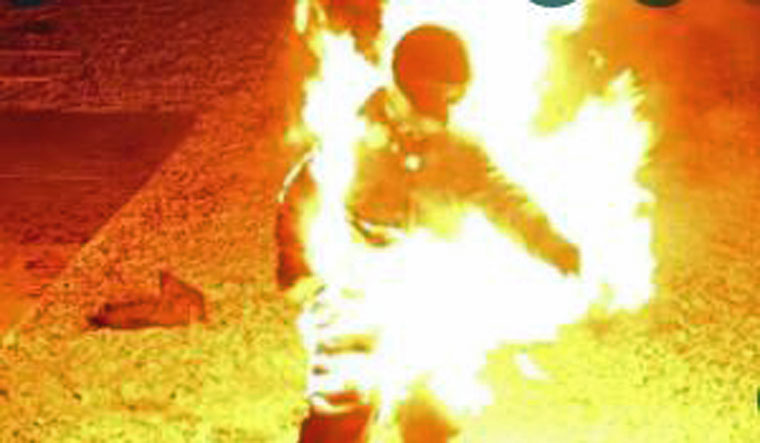 At least six persons -- all staff of a restaurant -- were killed when a fire broke out at a restaurant and spread to a plastic factory in the four-storey building here in Bangladesh, officials said on Tuesday.

The firefighters on Monday recovered six bodies from the gutted building that housed a plastic factory and a restaurant in Old Dhaka's Chawkbazar area, BDNews 24 quoted Shahjahan Sikder, assistant director of the fire service, as saying.

The workers were sleeping on the first floor after finishing their night duty when the fire broke out around 12 pm in the restaurant area and later spread to the plastic factory in the building, Bazrul Rashid, deputy assistant director of the Fire Service, said.

According to a Daily Star Bangladesh report, all those who died in the incident on Monday were staff members of Barisal Hotel and Restaurant that occupied the ground floor of the building.

A factory and storage for plastic toys and polythene were on the upper floors, local people said.

Rows of plastic factories and warehouses of plastic goods line the narrow alleys of Chawkbazar's Kamalbagh area where the fire broke out on Monday.