Iraq accuses Turkey of attack that killed nine in Kurdistan

'The Turkish forces committed blatant violation of the sovereignty of Iraq' 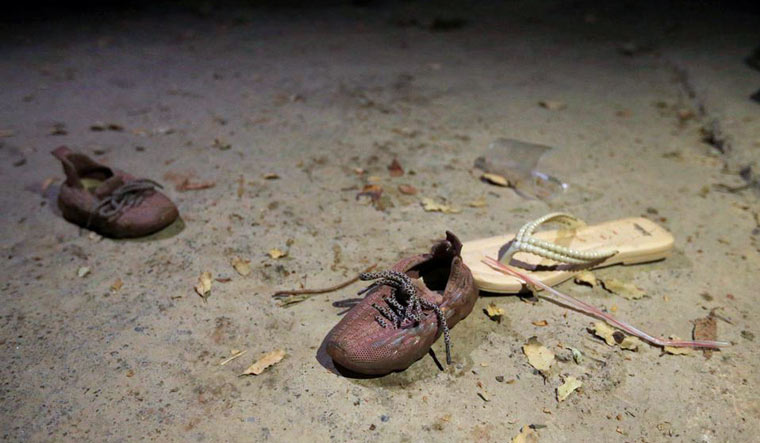 Shoes of victims are seen at the scene of a Turkish attack, according to Iraqi officials, on a mountain resort in Iraq's northern province of Dohuk, Iraq, July 20, 2022 | Reuters

A Turkish air raid in Iraq killed eight and injured 23. At least four artillery shells struck the resort area of Barakh in the Zakho district in the semi-autonomous Kurdish-run region, District Mayor Mushir Mohammed told AP. All the casualties were Iraqi citizens.

Iraq's government condemned the attack, calling it a flagrant violation of Iraq's sovereignty, according to a statement from the Foreign Ministry. A diplomatic row erupted between Turkey and Iraq post the attack. Iraq is recalling its charge d'affaires from Ankara, while local Iraqi officials blamed Turkey for the attack.

Turkey shifted the blame for the attack on Kurdistan Workers' Party (PKK). Iraq has summoned the Turkish ambassador in Baghdad to demand an apology, BBC reported.

The US, in the meantime, said that it backed Iraq's sovereignty. "The killing of civilians is unacceptable, and all states must respect their obligations under international law, including the protection of civilians," State Department spokesperson Ned Price told Reuters.