Who are the frontrunners for Johnson's job if he is ousted?

Speculations are on as to who could replace the PM 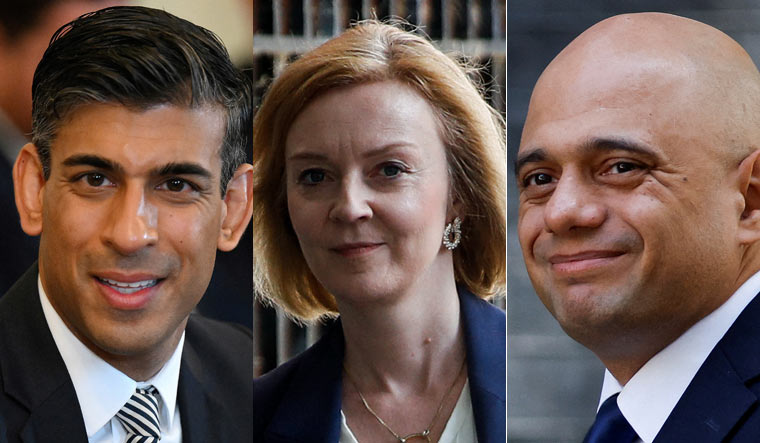 UK Prime Minister Boris Johnson's future hangs by a thread after Chancellor of the Exchequer Rishi Sunak and Health Secretary Sajid Javid stepped down on Tuesday. The 1922 committee could convene to decide Johnson's future. In the meantime, speculations are on as to who could replace the PM.

Rishi Sunak: Indian-British politician and former chancellor of the exchequer Rishi Sunak has been long-regarded a favourite to replace Johnson. Sunak, by making the bold decision to quit probably renewed interest in his leadership. His profile, however, took a hit after he received a fixed penalty notice for Partygate and due to damaging controversy over his family’s financial affairs.

Liz Truss: Foreign secretary Truss was quick to declare support for Johnson after Javid and Sunak's departure, a move being viewed as an attempt to gain the favour of other Johnson loyalists. Truss is the first woman to serve as foreign secretary and has gained credit for imposing sanctions on Russian oligarchs quickly after Russia invaded Ukraine and securing the release of Iranian-British citizen Nazanin Zaghari-Ratcliffe.

Jeremy Hunt: Hunt is currently the chair of the Health and Social Care Select Committee. He was Johnson's main rival in the head-to-head run-off in the last Conservative leadership election in 2019. Hunt has been talked about by many as a 'safe' replacement for Johnson. One of the backbenchers, Hunt has been offering gentle and friendly criticism on the government's Covid mistakes.

Sajid Javid: Javid might have failed to make it to the final round in the 2019 Tory leadership race, but his stepping down has re-energised his leadership-- Javid's resignation letter was impassioned, and called for integrity from the government.